With Exchange and Dangling Thread finished, I took a quick breath before focusing on my last tale for the month of May. Having tackled the Mystery and the Science Fiction stories, I was eager to start the Suspense narrative. Unfortunately, eagerness does not equate to a storyline. I’ve written a couple of these stories before, but I wasn’t feeling the character that I’d created for those prior efforts. It didn’t take me long before a lightbulb went off in my mind.

Samuel may be one of the newer residents in my mental landscape, but I enjoy getting to know him with each new installment in his life. Back in February, I wrote Runaway as my Historical Fiction tale for the month. As my mind toiled at the edges of the story, I quickly fused the Historical Fiction with a Fantasy. And I was rewarded with another wizard that I’m excited about getting to know. Since I’m still getting to know Samuel, I tossed Suspense into the mix.

But I needed to create the scaffold for Samuel’s story. So, I delved through NYC Midnight’s past prompts and was eager to craft a narrative centering in a ghost town and featuring a bearskin rug. Sit down and get comfortable as we follow this hunter as he searches for his latest bounty.

Samuel and Pearl have chased after Thomas for weeks. But no matter how swiftly they fly, he always manages to vanish in a puff of smoke… 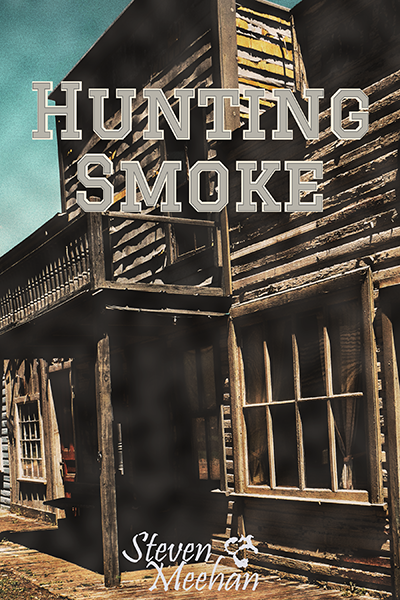 The claws tore furrows into the barren earth as Pearl’s wings wrapped around her body. Samuel rubbed her neck while his eyes focused on the closest dilapidated building. With a sigh, Samuel withdrew a sheet from his jacket and laid it across Perl’s rough skin. The picture staring up at Samuel captured the hunter’s attention.

As his fingertips traced the lines of Thomas’s face, Samuel reached back and started unfastening his main bundle. While he re-examined the brief blurb, the pack began slipping down Pearl’s hide. Samuel hauled the bag onto his lap and rifled through its contents. He pulled out a small vial, filled with a reddish yellow liquid, and carefully placed it between his lips. He twisted in his saddle, secured the duffle, grabbed his Winchester, and slid down Pearl’s leg.

The serpentine head doubled back, brushing against Samuel’s cheek.

The hunter removed the bottle from his mouth and lowered her eyelids.

“Relax.” Samuel’s fingers followed her quick motions. “I know you dislike closing your eyes, but with what I’m about to do, if you don’t close them, you’ll go blind.”