Fresh off their costly yet crucial victory over Napoleon, the French have been driven off of British soil. While Temeraire and Laurence helped to secure this ever so crucial a victory, those who witnessed the devastation caused by Lien have no desire for Temeraire to remain so close to their borders since Laurence is still to be punished for his treason. Though they no longer wish to risk Temeraire’s outrage so instead of returning him to a wait for the gallows, they decide to lessen the punishment to Transportation, sending him across the world to Australia to live out his remaining days as far away from England as possible. 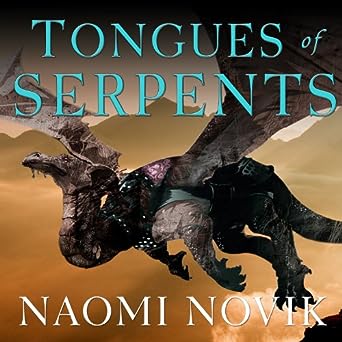 No one, aside from the Admiralty, thinks this is a decent idea when Napoleon has a Celestial of his own, but they all know there is nothing to be done about it unless Laurence is able to maintain a pardon from the Governor of Austrailia. So once more Laurence and Temeraire board the Allegience to set sail away from the borders of England, though this time with more of finality to their journey than ever before. Though they are not the only passengers to disembark from England since there is a surplus of eggs in England, there are a fair number of aviators and three dragon eggs accompanying them on this journey. But they are also joined by Iskierka and Granby because Iskierka wants to have an egg by Temeraire seeking an offspring that has both the divine wind and can breathe fire. Fortunately for the story, they arrive at such a time that they have to be allowed to accompany Temeraire for the entire journey. They are also ultimately joined by Captain Jeremy Rankin, who will be allowed to attempt to harness one of the dragons. He eventually is able to harness the first dragon to hatch, the freshly hatched dragon names himself Ceaser, and it becomes rapidly apparent that the dragon’s ego is a perfect match to Rankin’s own bloated ego.

Rankin’s presence is a cause of great consternation for Laurence since Rankin is still as pleasant as he ever was and he still sees Laurence as the traitor he is. Yet Laurence is able to take this new problem in stride, though it only is a new addition to his problems since the governor had been deposed and had forced himself upon the Allegience and is now seeking aid from anyone to put him back into power. Between a rock and a hard place, Laurence takes the suggestion from Macarthur, one of the leaders of the coup, to find a pass through the mountains. While this definitely takes himself and the other aviators away from the power struggle they eventually find things that are just as delicate on their journey. One of the first problems that arise is that the yellow reaper egg is stolen away from them. They also have to deal with the local creatures that inhabit the land and the harsh elements all while seeking those who stole the egg right from under their noses.

The growth of Temeraire and Laurence continues in a very natural and beautiful way during the events of Tongues of Serpents. Laurence begins to wonder if he needs what he had lost and begins to wonder if he and Temeraire could settle down in this new land. While Temeraire also begins to contemplate what his own life will become, and of course he had taken all the eggs under his protection. He sought to protect them all from anyone he saw as unworthy.

While the story is removed from the events that all of the previous books centered around, the Napoleonic War, it is still a magnificent story that expands upon this wonderfully crafted alternate world where dragons exist and are an increasing part of the day to day life of everyone.