My final Patreon post for September is a comedy. These stories do not come overly easy to me, but this time a tale spiraled into my mind the moment I grasped the prompt. I also thought of some of the most awkward dates I’ve seen unfold across TVs and movies. And I quickly started crafting this story. Harold arrives at a local steakhouse for his date, but he’s nervous and early. Follow him on his night to remember… 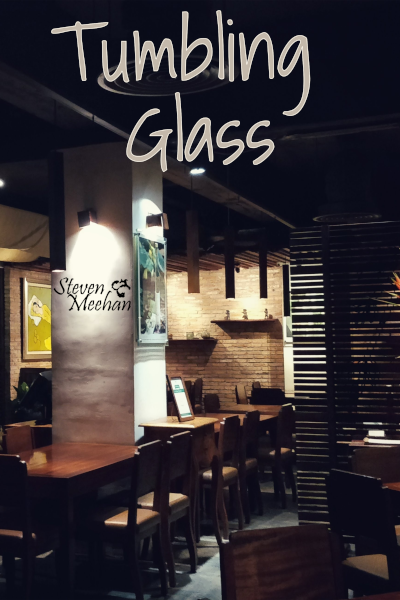 “Your waitress will be right with you, sir,” the host said as he left Harold at a small little booth.

Taking his seat, Harold looked for a menu, but couldn’t find one. He reached for the host, but the man already managed to join some departing patrons. Scrunching his face up, Harold mumbled, “Thanks.” Tapping the edge of the table, he spoke to the empty seat across from him. “It’s not like I needed to calm my nerves.”

“Are you excited for a steak?” A soft and silky voice asked from behind him.

Whipping his head around, Harold found a woman leaning against the back of his booth. Her golden locks cascaded down her left shoulder, and she gave him a mischievous grin. Rubbing at his chest, Harold asked, “Do you always try to scare your customers to death?”

“Oh, honey,” the waitress responded as she stood up. She placed one hand on her chest and the other on his shoulder as she concluded, “I’d never try to scare you.”

“I’ll be fine,” Harold said as he rubbed at his five o’clock shadow.

Tapping on the back of the bench she asked, “Do you want anything to settle your nerves?” She gave him a wink and a gentle squeeze of his shoulder. “Of course you do. Is there anything in particular, you want to calm your nerves?”

“Certainly, dear,” the waitress answered with another squeeze.