Shawn glanced from the assignments in front of him to his watch. He laid his pen down and folded his hands on the pile of papers, “Zachary, you’re the last one here, and your time has expired. Please turn in your exam and start your weekend.”

“Can I take another minute?”

Shawn shook his head and thumped his desk, “You are out of time. I’ve already given you an extra thirty minutes, now give me your test, or I’ll be forced to reward your hard work with a zero.”

Zachary slipped his pen behind his ear with a groan and strolled up to Shawn’s desk. He dropped his exam next to the assignments his professor was correcting, “Thank you for giving me what you could. Do you have anything planned for the weekend, aside from grading those?”

Shawn grinned and lifted Zachary’s test and slipped it into a drawer. He locked it and propped his chin on a hand, “Normally I would grade these tests tonight. However, this time that’s a job for my teacher’s assistant, because I’ve got important plans for the weekend.” 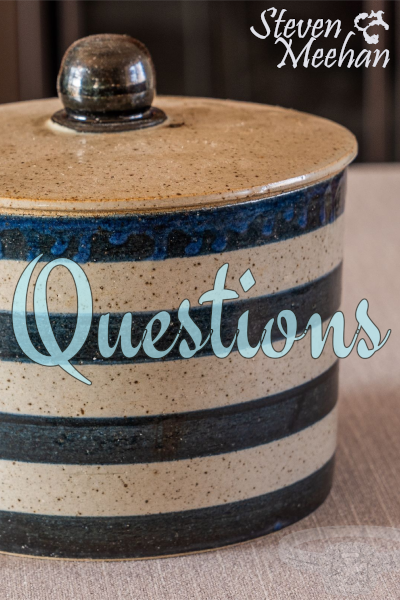 “Did you finally find a new place?” Zachary looked around the lecture hall as he shoved his hands into his pockets, “Cause living in a university lecture hall is a little strange.”

Shawn’s fingers drummed on his desk while his other hand stabbed toward the door, “Run along, Zachary, and enjoy your weekend.”

“Bye, Professor,” Zachary retorted as he rushed to the exit. He walked out of the auditorium, bumping into a woman. The young man looked away and tipped his head, “I’m sorry, are you looking for Professor Tillman?”

She smiled, gripping her hands behind her back, “Is he in there?”

“He’s currently sitting at his desk grading some papers,” Zachary replied, jerking his thumb over his shoulder.

The woman watched the student disappear down the hallway and shook her head as she slipped into the lecture hall. She leaned against the doorframe and folded her arms across her chest as she studied Shawn grading his student’s work. Her eyes drifted around the chamber and noted Shawn’s personal possessions littered about the room. She took a deep breath and walked toward the desk, “Don’t you have an office?”

Shawn looked up and grinned, “Elizabeth, you’re early.” He picked up the stack of papers and stuffed them into his desk. “Give me a minute, and we can head on out.” Shawn locked the drawer, grabbed his coat off his chair and slipped into it, “I have a wonderful evening planned for us.”

Elizabeth sauntered over to a small armoire and opened it. She reached in and slid clothes along the bar, “Wouldn’t your life be easier if you moved into your office rather than a lecture hall? Either way what happened to your lease?”

Shawn sat on the corner of his desk, placing his folded hands onto his knee. “I chose not to re-sign it,” Shawn shrugged, spreading his arms out. “And I’m the only professor using this room.”

Elizabeth pulled a suit sleeve out of the armoire, “Really?”

“For this semester,” Shawn hopped off his desk and hurried over to Elizabeth. He wove his fingers with hers and lifted her right hand to his lips and kissed it. “Don’t worry, I’ll be out of here before the start of the next one.”

Elizabeth wrested her hands out of Shawn’s grasp and bit her lips.

Shawn’s smile melted away, and his eyes bulged. He worked his jaw back and forth while he wrapped his arm around Elizabeth’s shoulders. He guided her to the platform, pointing to the pair of armchairs at the far edge, “Sit with me and we can chat before heading out for the evening.”

“Shawn, that’s all we ever do, and I’m tired of being the second priority in your life.” Elizabeth rubbed her eyes and stared at the small table sitting between the chairs. She bent down and lifted the clay cookie jar, “It’s amazing that you still have this.”

Shawn eased Elizabeth into the seat and dropped into the other, “You made that for me, why wouldn’t I keep it.”

Elizabeth released a pent-up sigh and touched the clay pot to her forehead. “We’ve been dating for six years, and every time I expected our relationship to grow, you do something that proves I’m not your priority.”

Shawn rose from his chair and knelt in front of Elizabeth. He swallowed a lump and took the cookie jar as he forced a smile onto his face, “Have a cookie.”

Elizabeth shook her head and removed the lid.

Shawn lifted the jar, keeping its contents out of view.

“If you want to know what’s in here, reach inside and pull one out.”

“Even if you stuffed freshly baked cookies in this jar,” Elizabeth tapped the side of the clay pot and sighed. “It won’t change my mind.”

Flashing Elizabeth a warm smile, Shawn winked and inched closer to the chair, “Trust me and get yourself a cookie.”

Elizabeth reached into the jar, and her fingers brushed against something soft and velvety. Her eyebrows rose as her mouth fell. Elizabeth clutched the strange object and pulled it out of the clay pot. When it came into view, her lips quivered as her free hand gripped the bottom of the blue box, and she cracked it open. Her hands trembled as her eyes focused on the sparkling diamond.

Shawn eased the cookie jar back onto the table, placing his palms against her legs and looked into her green eyes. “Will you marry me?”

Elizabeth pulled the ring out of the box and dropped the container into her lap.

Shawn grabbed the ring and slipped it onto her finger.

“What took you so long to ask?”

Shawn kissed her fingers, “So is that a yes?”

Elizabeth wrapped her arms around Shawn’s neck and drew him into her, “Yes, I’ll marry you, I just wish you did this years ago.”