Ever since I learned about NaNoWriMo, I’ve thrown myself into the month-long exercise. While I write all the time, and that’s the single most crucial piece of advice I can give to budding writers, there is something satisfying about participating in a competition. This year marks only the second year I’ve taken part in this challenge, but I’ve already adjusted my focus from the lessons I learned last year. Instead of throwing all my writing time into the draft, I’ve set aside time to continue my ongoing works in progress, including the exclusive flash fiction for my Patreon feed.

When November’s poll closed, I had three genres to focus on, and the first one up is a Fairy Tale. Armed with my genre, I fell into my routine of heading over to NYC Midnight and randomly plucked a prompt from 2019. Armed with my narrative’s location, a cliff face, and an object that will make an appearance, an ax, I thought about the possibilities. But there wasn’t any single thread that sparked a complete storyline. And since it eluded me, I drifted to DeviantArt and searched for additional inspiration. None of the images that came up in the search didn’t capture my attention until I found Night Light by MeeranUhm. 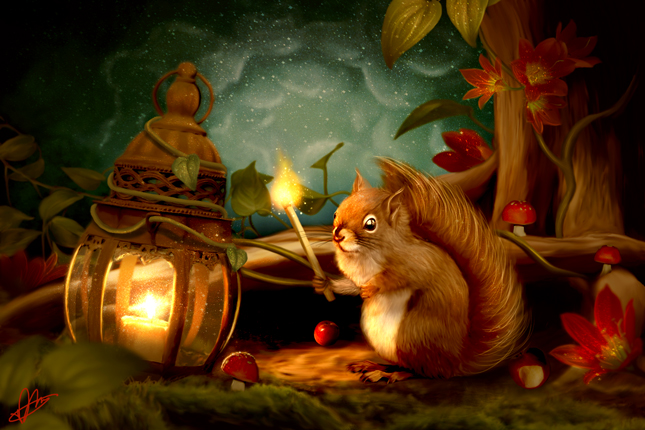 The picture sparked a story that drew upon the Enchanted Forest Chronicles by Patricia C. Wrede for inspiration. Read the preview below and then head over to my Patreon account and become a patron to finish my squirrel’s story.

Join a talking squirrel and its fairy friend as they lounge around her lantern as night approaches. As they enjoy the end of their day, their tree is attacked… 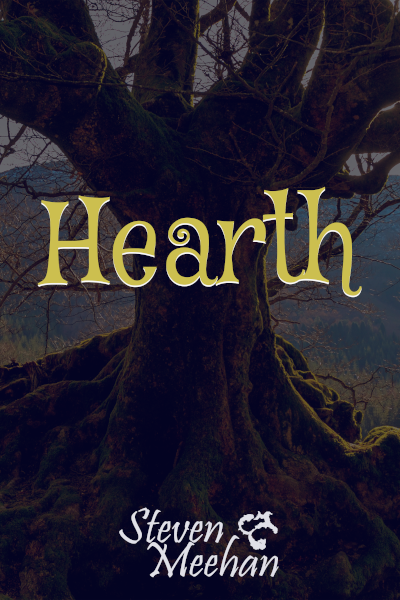 The little squirrel clutched a burning twig in one paw and eased it into the metal lantern. When the wick burst to life, the furry creature withdrew the stick and smothered the flickering flame. The tiny animal slipped the extinguished scrap of wood into the lamp’s frame and looked from the flickering flames to the orb of pink light circling his head. Laying his arm against the top of the lantern, the squirrel bowed, “Thank you for the gift, Sienna.”

The sphere of illumination descended, landing beside the squirrel, and laid her head against the animal’s furry shoulders. “Everyone deserves something to dispel the descending darkness.”

“I appreciate the offer,” the fairy replied as she leapt into the air, “But I’m not hungry.”

With a nod, the squirrel dashed to his hole and pulled a nut from within. The squirrel tore the acorn’s cap off and dropped it into the valley below. He spun the nut about and gnawed into the outer shell. As the tiny creature plopped in front of the lantern, the tree shook.

The squirrel threw his meal back through the opening and scurried down the trunk. As he raced toward the base, the squirrel noticed an oncoming gleam. He clutched the bark as the object bit into the tree, knocking the animal off. As the squirrel collided with a branch, his claws bit into it, halting his fall.