Since the first year I heard about NaNoWriMo, I’ve always enjoyed pushing myself to win that challenge. Unfortunately, each year it takes a lot out of me, and I need a few weeks to recover. Despite the yearly promise to do better next year, I’ve always fallen short. After recovering from the mad dash, I pulled the prompts from my patrons and started thinking about the stories I might write. While I had some initial thoughts for the Fantasy and Science fiction tale, a narrative for the drama eluded me.

However, after some thought and watching a couple of Christmas movies, the narrative leapt into my mind. May you all enjoy the snippet below and have a Merry Christmas!

So, grab a seat and get comfortable as we delve into a heartwarming tale for the season.

Dawn’s mother brought her to the mall so she could visit Santa, but as they near Dawn’s poor behavior weighs on her like an anchor… 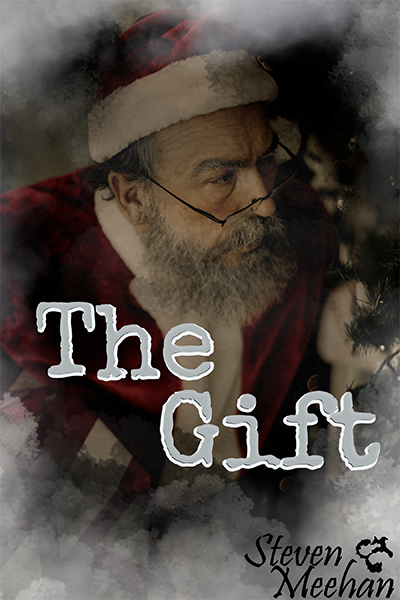 A little girl peeked out from her mother’s leg, gripping her jacket. The child’s furtive gaze danced between the festive decorations lining this section of the mall, the lone figure sitting on an ornate chair and the other children in the line. As her fingers tightened around her mother’s jacket, the girl’s eyes fell from the oversized candy canes to Santa. The jolly man bent down, plucking the next child off the ground, placing the boy on his lap.

“Don’t gawk, Dawn.” The mother placed an arm behind her daughter and pulled her forward. When they stopped, she kneeled in front of Dawn and ran a finger down her daughter’s cheek. “You need to pay attention and walk with the line darling.”

After a brief exchange, the kid sitting on Santa’s lap squealed as the jolly man withdrew a box from the nearby sack. The boy’s hand latched onto the gift as he bounced off Santa and scurried toward his parents, clutching his present, like a starving man clinging to food. The whispers of the children in line washed over Dawn as her arms encircled her mother’s neck.

As Dawn leaned back, her lips dropped as her tearful eyes clung to the man wrapped in red. “I changed my mind. Let’s leave?”

However, with a fluid motion, Dawn’s mother wrapped her arms around her daughter while her lips curled into a warm smile. “It’s almost your turn. Don’t you want to tell Santa what to place under your stocking when he stops at our home?”

Dawn’s head whipped back as she wriggled, trying to flee.