Last month the mysterious Sylvia was introduced in her first story. Her entrance was grand as she thwarted an angry citizen’s attempt to kill her employer. This month we will be stepping away from her story to introduce Harrison’s story arc.

Harrison is the eldest son of a noble of the Isles. He seldom agrees with his father on anything, and the root of their disagreements is the fact that Harrison refuses to take his rightful place in the family. He is a tinkerer at heart, something his father believes to be beneath his station. Harrison’s obsession drives his father to his limits, so one night his father gives his son an ultimatum. He can either take his rightful place within the family or become an outcast. And Harrison only has a single night to make his decision.

Shaken by his father’s demand, Harrison takes a moment to collect himself before he begins wandering the halls of his villa, as he tries to make a decision. Harrison decides to go to the sole reason he was even thinking about assuming his rightful place, his family’s collection of relics. While some of the relics have known capabilities, most are merely cherished because of their potential power. Among his family’s collection, are a couple of weapons, s cloak and even some unassuming spheres of glass.

When he can, Harrison spends most of his time in this room trying to do what no one has ever managed, duplicate a relic. Yet every attempt falls short of its goal. However now with his father’s ultimatum hanging over him, Harrison knows that if he chooses his tinkering, he will never get another chance to examine these marvels again. Come see if Harrison is able to find a way to stay in his family’s home while avoiding the fate he has been running from ever since he was old enough. 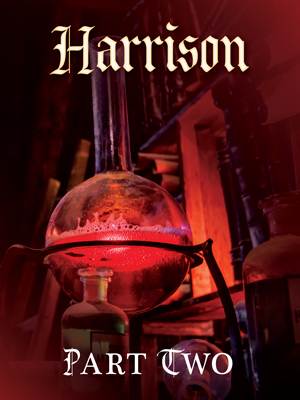