Having just forced Napoleon to retreat from Russia, despite the damage inflicted upon their forces from the starving and mistreated dragons freed from the Russian breeding grounds, they were unable to secure his capture. Unfortunately for the Russian troops and countryside, Laurence’s pleas for their conditions were too little too late for them to have claimed the dragons for their side. It also made his life a little uncomfortable, while he was at a party for the Czar, he sucker-punched a nobleman who had talked about poisoning the dragons to be rid of them. By this time most of Laurence’s memories had returned to him, and he was outraged by the man’s behavior, yet knowing he shouldn’t participate in a duel he did anyway bring Hammond along as his second.

He was injured in the exchange due to a misfire, but he was able to recover. Towards the end of the recovery Eroica returned having escaped from the breeding grounds, upon hearing of his captain’s freedom along with some other Prussian dragons’ whose captains were discovered to be free. Unfortunately, they returned with news about Temeraire’s egg. During Blood of Tyrants they had left the egg with the Chinese so Prince Mianning could have his Celestial dragon, but the newly freed Prussian dragons tell Temeraire that Lien was going to steal the egg in order to destroy it to keep the Celestial line pure. 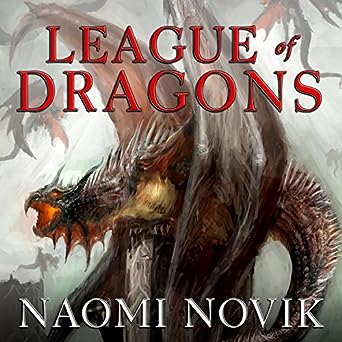 Temeraire left Laurence behind so he could recover while he fled to China to protect the egg, but the first time Temeraire slept the terrified Russian citizens tried burning him alive while he slept in an apparently abandoned barn. After making his escape, he was still burned, but Temeraire quickly found Tharkay after that who informed him that the egg was already on its way to France. Temeraire collects Laurence and partnering with Tharkay they go in search of the egg. During this journey, they are reunited with Iskierka and Granby before they are captured and made prisoners.

Temeraire and Iskierka independently of their captains plan their escape with their egg only for it to hatch mid-escape. The newly hatched dragon helped her parent’s captains escape, and the entire group fled to England with full knowledge of Napoleon’s draconic Coalition. Once there they are returned to the continent to rejoin the war, and Laurence despite his traitorous past is made an admiral thanks to having endeared himself to the Russian Czar.

The admiralty does what it can to burden their newest admiral with captains that would do what they could to undermine Laurence. Though with some gentle words from Admiral Roland, Laurence is able to temper the disrespect of the captains by gaining the respect of their dragons. With the knowledge that the French will have almost four thousand dragons entering their aerial corps within a year, the allied forces are forced to bring a conclusion to the war immediately if they can, considering they are going up against one of the most brilliant generals ever born.

League of Dragons was a fitting conclusion to the series, despite not being a fan Ning’s personality. There were also some threads whose completion felt a little forced and only partially implied. Specific threads had gotten so much build up throughout the series that they deserved a bit more attention than what they received. But with that said the series was very pleasurable from its beginnings in His Majesty’s Dragon till its final words.