Last month Sylvia was tasked with preparing for a celebration that her employer was going to put on. She felt Kameron was foolish with his decision. But she relented when it became apparent that Kameron was not going to back down. This month we shift back to Harrison and his latest adventure with his familial duties.

Harrison tries to enjoy the little bit of freedom that his latest success brought him. And as he is reading a book his friend Lucas came for a visit. Lucas forces Harrison to see him and the two begin to play a game while they talk. As their game starts to showcase the eventual winner, Harrison insists that Lucas reveal why he came by. Lucas tells him that his betrothed has a sister that and she would be a good match for him.

Harrison agrees and sends a letter to his father, explaining why he won’t return as scheduled. While Harrison tries to relax, before the upcoming gala, his father arrives to interrogate him. After a brief discussion, he agrees that this woman would be an excellent match for Harrison. Will Harrison manage to serve his familial duty? Or will his father return Harrison to the never-ending visits to other nobles? 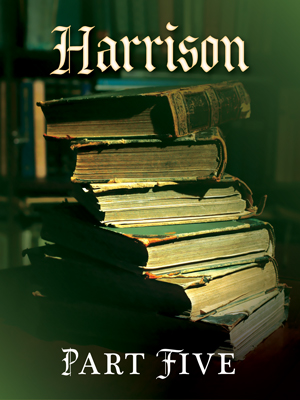