My first Patreon story for the month is a Ghost Story. It focuses on Leonard and his journey to move on… 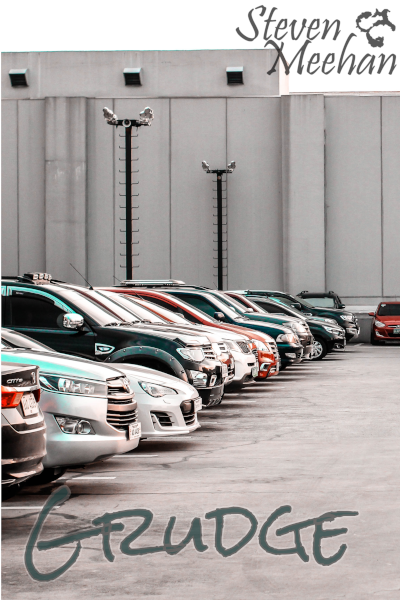 Leonard drifted through the cars lining the rental agency. Before he died, he loved meandering around the vehicles, specifically the sports cars. But now as a ghost, Leonard fumed at the injustice that kept him latched to the lot. As he floated towards the office, he noticed a little mouse rounding the corner. Following the small rodent, he saw it creeping up to a mousetrap.

With a moment’s concentration, Leonard appeared next to the trap and plucked the cheese off it. As he lifted it, the hunk tumbled through his fingers. Colliding with the lever, the morsel of cheese sprung the trap. The mouse quickly snared the tumbling bite and vanished.

Sighing Leonard levitated. As he rose, he searched the lot for the one thing holding him there. As he rose above the small building, he saw his anchor leading Marla and June to the office. Passing into the building, he witnessed the trio enter, while Derek said, “We can take care of that for you, Marla.”

Reaching out Marla touched June’s shoulder, asking, “Are you okay?”

The friend raised a trembling finger and asked, “Do either of you see anything?”

Derek and Marla turned to study where June pointed. But after a moment, Derek stepped towards June, saying, “There’s nothing there.”