My first Patreon exclusive story for October is an Action-Adventure tale. To help practice and prepare for NYC Midnight’s Flash Fiction Challenge, I pulled the prompt from one of their past challenges. It is incredible how wild these prompts can be. Bunker down and get ready for my take of an Action-Adventure set in a slum and featuring a chainsaw.

Sean is beaten, bruised, and bleeding. Each step inflicts him with agonizing pain and fatigue. Can he evade his pursuer, or will he succumb? 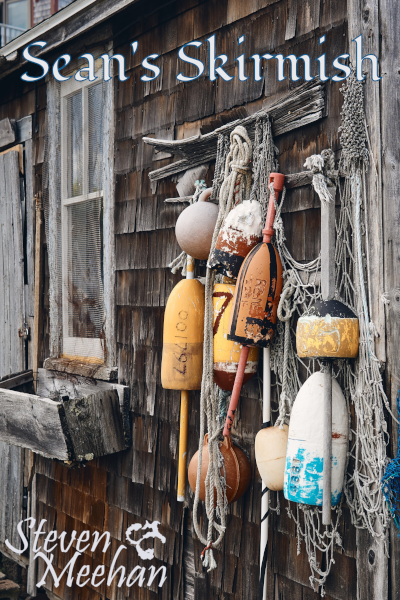 Sean gripped his shoulder as blood seeped through his fingers. Releasing the wound he collapsed into the wall. He whipped his head around and searched for signs of his pursuer. The trembling extremities fumbled for the building’s corner while he investigated his trail. The moment his fingertips found the edge he pulled himself into the slight protection it provided. But his feet slipped on the grimy floor, sending him face first into the pavement.

Pain lanced through him as he struggled to his knees. The dwindling light danced upon the edges of something half buried in the filth. Sean reached out for it, but his clammy hand trembled so much that he rammed it into the foundation. He took a deep breath and focused as he plucked the sparkling object off the ground.

“Come out, come out, wherever you are!” the psychopath cried out.

Sean forced his attention back to the thing dangling from his fist, an old leather belt. Choking off the manic laughter Sean wrapped it around his injured thigh and pulled it tight. Blood seeped from its edges, but he forced himself to continue fleeing. His hands reached out and gripped the building’s ragged panels and he used them to pull himself up.

He took a step away from the booming words, but his leg buckled. He slammed his hands against the wall and shoved himself up and away from the foul garbage.