My final Patreon exclusive story for October came up as a political satire. Sitting down at my desk, I mulled over what I could write about but kept coming up short. After banging my head off the wall, I decided to get some guidance and reached back to the past catalog of NYC Midnight’s Flash Fiction Challenges and found a prompt. With the skeleton of a story in one hand, I still needed to flesh out the rest of the details. Somehow I needed to come up with a satire that took place in a mayor’s office and featured a magnet. After plenty of soul searching, I plucked a topic out and ran with the rumblings around a potential prohibition.

Saul attempts to argue with his elected official to prevent an upcoming ban. But the mayor prefers listening to his next appointment… 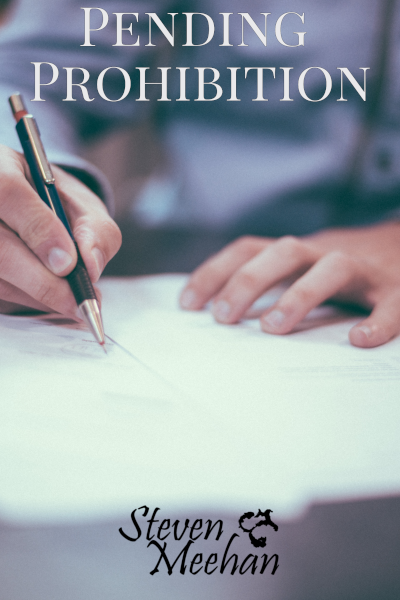 The mayor lounged in his chair between appointments when his door slammed into the wall rattling the nearby picture frames. The politician swiveled to glare at the disruption, and he found his secretary, yanking on a stranger’s arm. Scowling Lewis rose, saying, “It’s okay, Alicia. I’m sure this gentleman’s appointment got lost in the mail.”

“Are you certain?” His administrator asked as she released her grip on the intruder.

“It’ll be fine.” The mayor smiled, offering the stranger his hand. “How are you doing today, sir?”

The man ignored the gesture, slamming the door shut once the secretary disappeared.

“My name’s Saul,” the stranger said, approaching the mayor’s desk. “And it’s difficult to remain civil when you keep trying to avoid me and the facts my group has sent you.”

With a slight huff, the mayor leaned against his desk while inviting his unexpected guest to take a chair. “I don’t know what you’re talking about, but you are here now, so please tell me what’s bothering you.”

The man brandished a manila folder filled with papers under the mayor’s nose. “You’ve been ignoring the truth to push your agenda, and that will harm the people you are trying to help.”