With my first Patreon tale completed, I turned my attention to working on my second story, a Historical Fiction. I’ve gotten this genre a few times and they are always fun. They require a lot of work, but they’re enjoyable to craft. The last one I wrote in this genre was Letters for the NYC Midnight competition. Just like with Letters, I dug into the history of the period to graft clues to ground the piece in its place in history.

I reached back into NYC Midnight’s catalog and plucked a Historical Fiction prompt. With the setting, a fire station, and an object, a mosquito net, to work into the tale, I started working on the bones of the story. After some thought, an idea took root. As the yarn unfolded in my mind, I pictured two firemen huddling around a particular locker. As I pushed down this path, the concept became fully entrenched until I had the initial draft. Head over to my Patreon page to read this narrative between the station’s chief and one of his men.

After extinguishing a fire, the Chief returns to his station and insists on handling a grim duty alone… 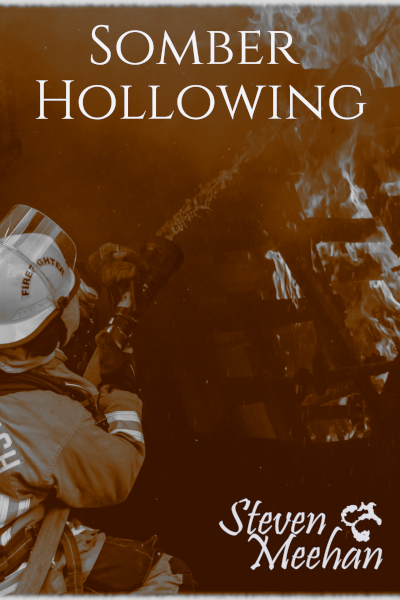 The Chief stood in front of Ralph’s locker and stared at the belongings. After a moment, he reached inside and withdrew a black leather jacket. He held it by the shoulders and studied the unadorned material. Donald closed his eyes while his hands folded the coat. When he finished, he dropped it into the box next to the bench and pulled out the extra shirts.

Donald’s head turned and found Frank ambling towards him. “Shouldn’t you be busy doing something else?”

“No,” the firefighter replied as he removed a record. “Ralph and I were friends before becoming firefighters.” He glanced up from the album, adding, “I don’t want to be anywhere but here.”

The Chief pulled the vinyl out of Frank’s hands and turned it over. “I didn’t know Ralph liked Johnny Cash.”

With a shrug, Frank pulled more albums from the locker. “Ralph listened to everything.”

Donald plucked another handful of records, asking, “Any genre in particular?”

Frank flipped through them, and wry laughter escaped his lips. “He loved music. Though you wouldn’t be able to figure out what genres based on his collection.”