With February’s polls complete, I turned my focus to the first story for the month, a Drama. This time instead of heading to NYC Midnight, I turned to a different source for a prompt, a first line generator. The text message said, very clever… I stared at that line for a while as I let the ideas percolate. Thoughts rushed into my mind but I kept knocking them away. None of those thoughts seemed like a good foundation for a story.

Then my mind flashed to Law & Order and Perry Mason. Courtrooms have the potential for loads of Drama and my mind began racing. But I needed to work the prompt into the story. And it clicked, have a guy facing a preponderance amount of evidence and a claim as to the words of a text message. From there I let the story unfurl in my mind. Sit down and follow the link to see how this tale unfolds.

A defendant caught with blood on his hands claims someone set him up. Will his attorney be able to shine the light of truth on the crime… 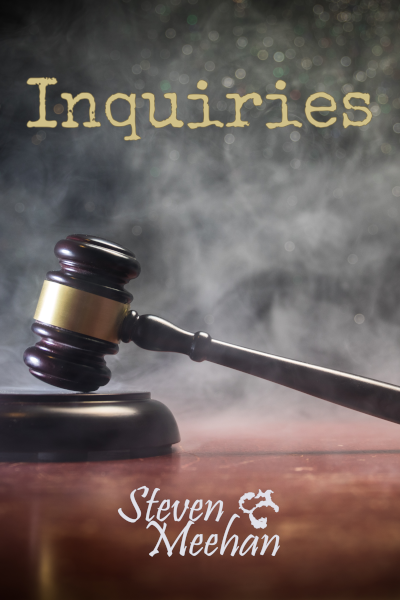 Gregory rubbed his eyes as he fanned out his files. “Neither your cell nor the phone company’s logs agree with you.”

The judge slammed his gavel and peered at the pair. He wrapped his fingers around the small hammer asking, “Are you going to cross-examine the witness?”

“Sooner rather than later, if you please,” the judge demanded resting on his elbows.

“Yes,” Gregory answered. He pulled his client towards him, whispering, “This line of questioning won’t help the case.”

The defendant’s fists started turning white as a scowl emerged. “I didn’t murder my wife.” His eyes drifted to the witness as he continued, “Henry lured me there with a text saying Jasmine was in danger.”

“Everything that we’ve collected from multiple sources says that he told you they were going to the Bahamas.”

“They weren’t,” the defendant objected. “Jasmine surprised me with a trip to Ireland.”