Shortly after a pair of shifters raided the Colony’s ordinance, a solitary figure stands on the field staring at the wall. It stands motionless beyond the range of the defenders’ weapons. At midday, the leadership climbs to the tallest rampart to discuss their options with the lone figure. Will Tarian order an attack? Or will they try to make peace with the unknown individual standing on the outskirts of the colony? 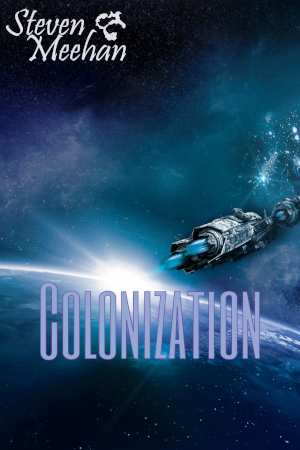 Tarian clambered to the wall’s edge and stared into the barren field. When he discovered a solitary figure, his fingers turned white around the gray stones. “When did the guest of honor appear?”

“Whatever it is, has been standing there since the sun came up,” Keldon answered.

“Keldon, who’s are best sharpshooter?” Tarian’s gaze turned ice cold as his lips curled into a snarl. “I want that thing shot immediately.”

Keldon lifted his telescope and studied the distant creature. When the scope lowered, Keldon tapped it against the wall. “I think that’s a shifter.”

“Does it matter?” Sherry demanded. “A marksman can end it, no matter what creature standing out there.”

“I’m more concerned with whatever’s beyond our field of view.” Keldon laid a hand on Tarian’s shoulder and pulled him close. “That thing’s the tip of the oncoming storm.”