My first take on Micro fiction was a comedy entitled Apartment’s Tree, and when I finished, I read through the story and was proud of the two hundred and fifty word story. Fresh off that spin-off tale, I raced to create a couple more of these mini narratives. The first centered on a new character and his unique magical abilities. But for the second one, I wanted to explore the past of the Academy, the school where Darren Gilbert is learning to wield magic. And since I fled to this institution’s past, I had a blank canvass to work with.

With the general idea for the story in place, I turned to NYC Midnight’s Micro fiction prompts and plucked a Fantasy one from the list. For this snapshot of the Academy’s past, I needed to feature someone falling down the stairs and incorporate the word silence. But I needed more to craft a complete story. As the story unfolded in my mind, I must have been channeling Harry Potter and the Chamber of Secrets because this new work highlighted a duel between a pair of Academy students. 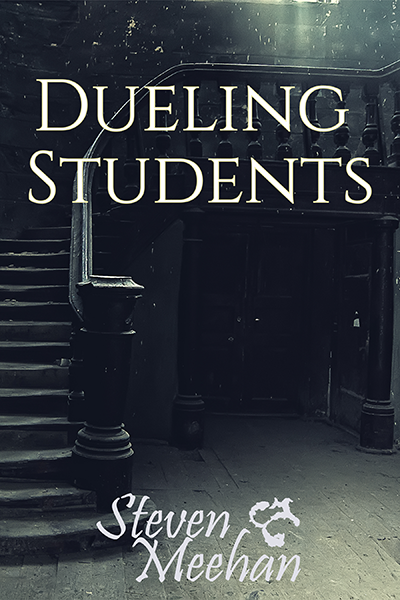 Sebastian’s hands finished drawing on the floor as he shouted, “Silence!”

Aiden’s fingers flew into motion about his head, and sparks of blue and gold emerged about his skull like a thin crown. As the lights merged into a massive sphere, Aiden cupped his hand around the ball of flickering light and threw it at Sebastian.

The man smirked, and when the orb rammed into his fist, the glow fizzled out. Sebastian leered, and with a few deliberate motions of his fingers, twin bolts of energy raced from his fingertips and slammed into Aiden, knocking him to the ground.

Aiden wiped his jaw and crawled to his feet.

Sebastian’s mouth curved into a wicked sneer as he dragged his foot across the floor.

Another sphere of crackling flames erupted from Aiden’s chest, ramming into Sebastian’s invisible barrier. As the fire engulfed Sebastian, Aiden’s lips curled upward, but plummeted when the blaze cleared, revealing an uninjured and smirking Sebastian.