Sorry for the rant, but I’ve been a little preoccupied this month with my 3D Printers. I’ve been fascinated with these marvels of technology ever since I first discovered them. I mean, think about the reality of these devices. A machine melts a string of plastic and then deposits the molten material onto a surface in a specific pattern. The contraption does this layer after layer until the object that existed solely on your computer has taken physical form. This means anything anyone can create in a digital space can be manufactured in the actual world, without requiring a mold or a substantial loan, and it’s fantastic. 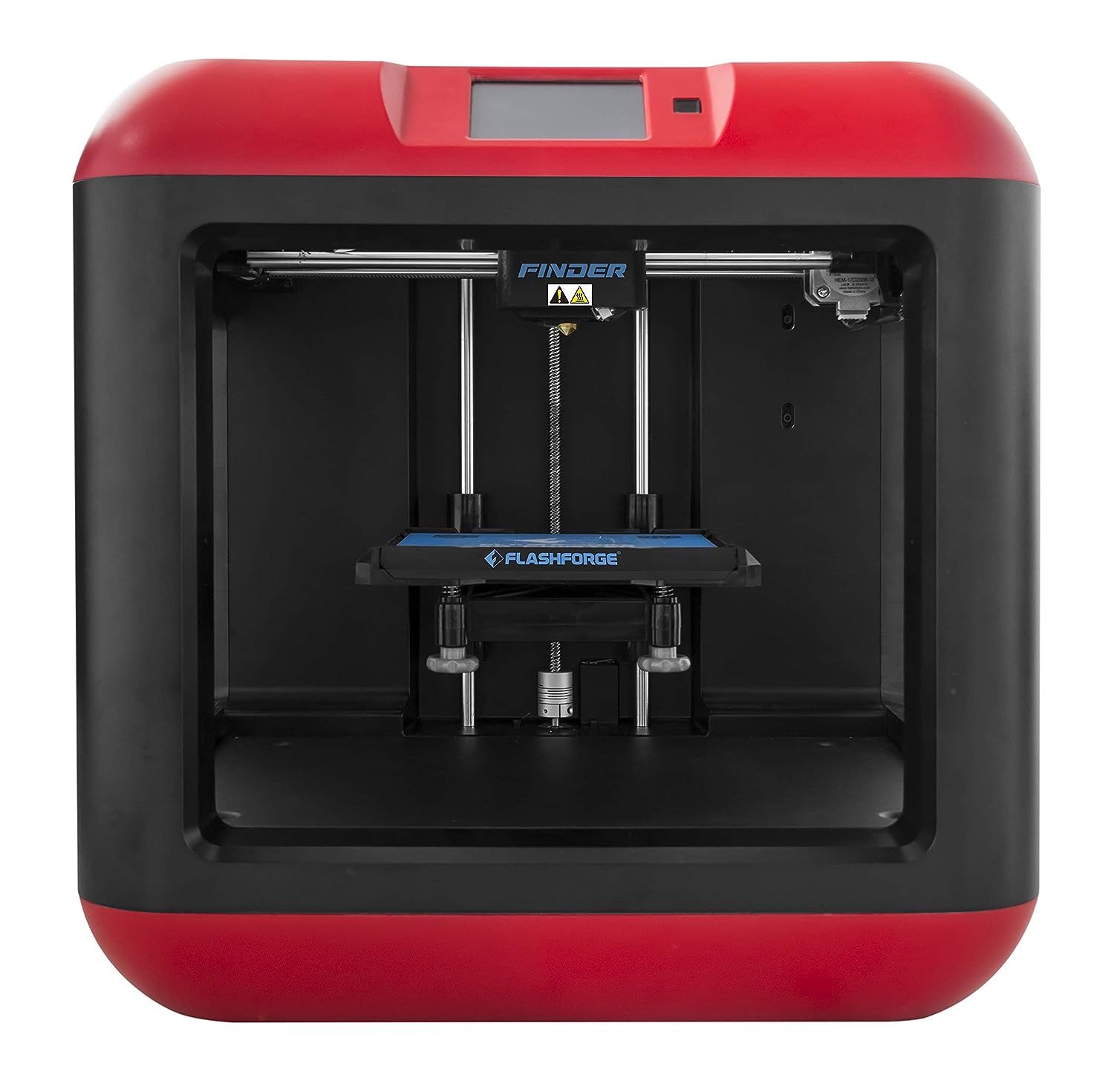 So, when I delved into this fascinating technology, I researched printer after printer until I narrowed the field down to an enclosed printer designed for beginners, the FlashForge Finder. When the machine arrived, I started printing anything and everything I could pull off of Thingiverse, and with each print, I learned more about this fascinating field. After creating some home decorations and other trivial things, I realized this technology has two significant drawbacks. The first and most annoying is the speed of 3D printing. It takes a long time to print anything, and even longer as you try to increase the quality of the print. The second limitation is the printer’s build volume, and while the Finder’s build area isn’t too bad (140 mm x 140 mm x 140 mm), I yearned to print things that were bigger than the area allowed. Thankfully, with some careful planning, both limitations can be overcome. Unfortunately, through my inexperience, I fouled up the Finder’s nozzle and hot end.

I tried fixing it, but again my inexperience overcame my desire to continue with this printer, so I started searching for an upgrade. After delving into reviews and recommendations, the Creality CR-10S became the obvious choice to replace my broken printer. Again, equipped with a printer, I resumed my frenzied creation of prints off Thingiverse, for a time. Eventually, the prints that came off the new printer spilt along the layers. After trying everything I could with my limited experience, the CR-10S ended up sitting next to my Finder collecting dust.

Both of my expensive paperweights are FDM (fused deposition modeling) printers, and while they can create fantastic prints, truly exquisite prints come from SLA (Stereolithography) printing, unfortunately, those printers have always been outside of most hobbyists’ price range. Enter the new MSLA (Masked Stereolithography) printers. These machines swapped the SLA’s lasers out for an LED with an LCD mask that emitted the correct light to cure the resin. Aside from dropping the cost, these masks presented another benefit. While FDM and SLA printers have to “draw” the entire layer from the first point to the last, MSLA’s don’t share that limitation. Thanks to their mask, an MSLA printer can print an entire layer at once. It doesn’t matter how many objects are being printed. These machines print the entire X and Y axis at the same time. This means the only time sink for MSLA printing is the number of layers of the Z-axis. 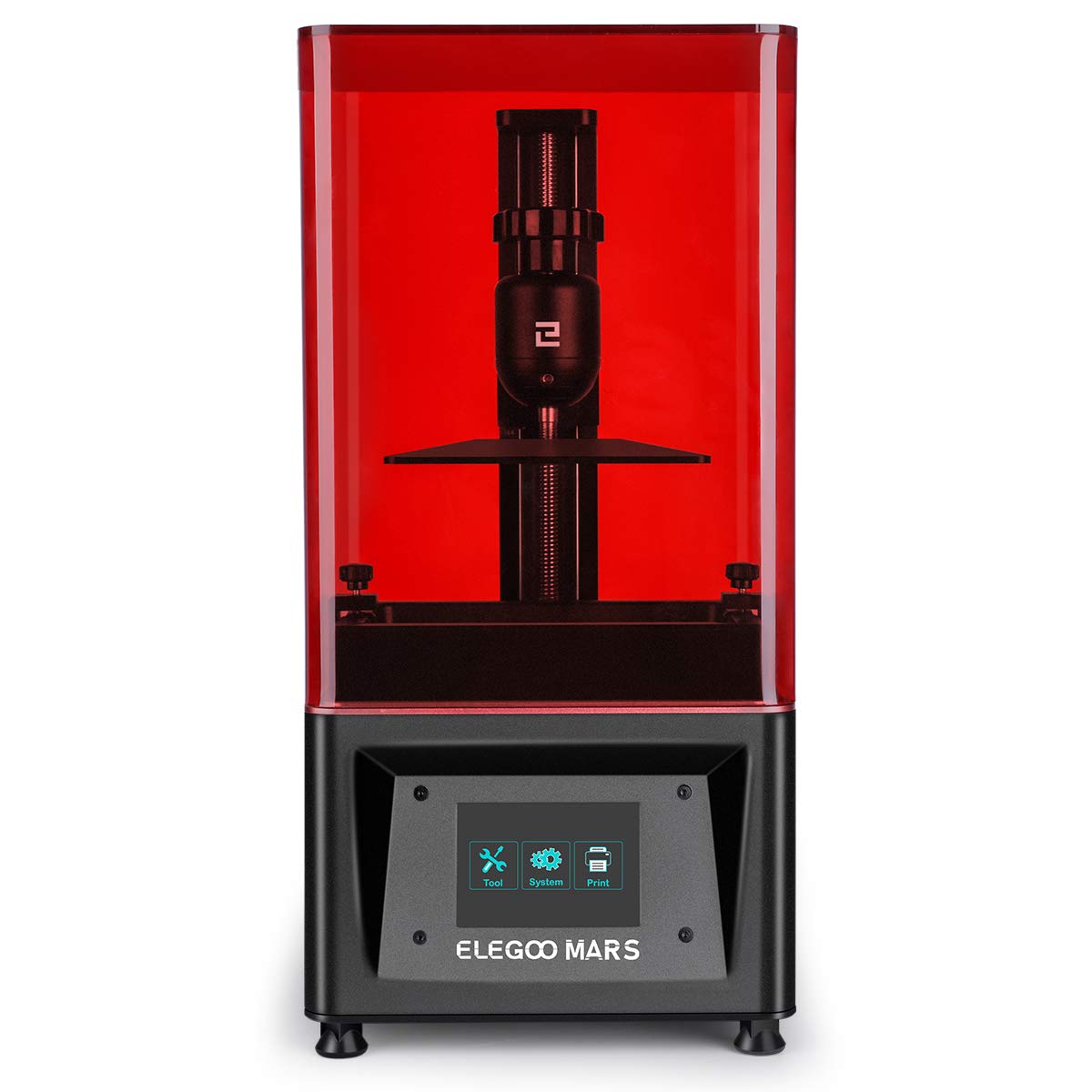 This past Christmas Santa Claus brought me one of these MSLAs, the Elegoo Mars. Equipped with a new printer, I started digging into the process only to realize just how unprepared I was to print with resin. And while I’ve started figuring out how to deal with these extra problems, my excitement to use the Elegoo Mars grew. As the months dragged on, nothing happened with the Elegoo Mars and life once again impeded this hobby, until earlier this month when I shifted my attention to the Creality CR-10S sitting in my office. I freed it from the pile of junk and dusted off the Raspberry Pi that runs Octoprint and printed one piece of a camera mount for the Logitech 270 webcam. When the finished print came off the bed, I squealed for joy when it didn’t have any of the integrity issues that I’d been plagued with previously. Looking back at the previous failed prints, and this marvelously printed part, I put two and two together and realized why the CR-10S continually produced failed prints. Between these two periods of time, my air conditioner died, and I needed to replace it. Simply put, my house was too humid, which kept the layers from fusing together properly. Armed with a working FDN printer, I turned to the FlashForge, and after a brief examination, realized that with a simple part, the Finder might print once more, and while I wait for that piece to arrive, I’ve turned my attention to my resin printer. And while I’ve gotten myself close to starting my first resin print, there are still a few complications that I need to take into account, but I’m keen to get the Elegoo Mars up and running.

Having delved into this hobby again, I’m eager to tap the brakes and resume my writing. Hopefully, I’ll find the balance between these two passions. Keep an eye out for pictures of my favorite prints that come off these marvelous devices. But let me leave you with the Mug I printed courtesy of Mythic Mugs.