Every month brings me new challenges, and after writing Simple Pleasures, I turned my attention to a few other projects in my queue. After making some progress on those, I returned to the list of genres for the month and smiled. The next genre up for Patreon is a Fantasy. And while it was tempting to return to Darren Gilbert, I decided to explore something else. So, I turned my attention to DeviantArt and searched for something to inspire me. While there are some amazing images on the site for fantasy, Magic Trouble by Lyraina caught my eye.

Using the image as a basis, the core of Lisandra’s tale seared itself into my mind. I leaned upon Disney’s The Sorcerer’s Apprentice, the one with Mickey Mouse to round out the story. After a few passes, I was happy with how the story came out. Get comfy and follow along with Lisandra’s foray in her master’s workroom.

Lisandra has been tasked by her master to clean his workroom, but she’s aggravated that she drew the short straw yet again… 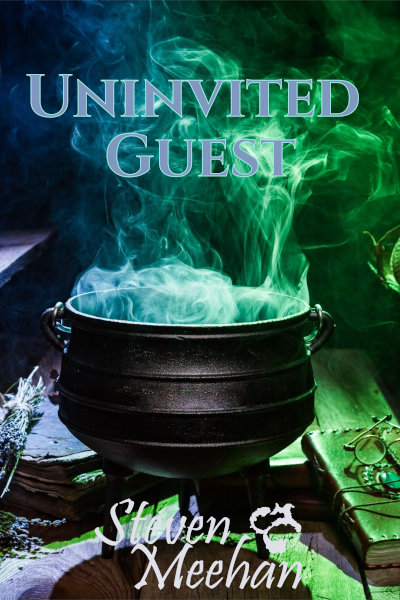 Lisandra grabbed the wizard’s hat off the floor and stomped across the room. “Why does he constantly make me clean up?!” She placed the cap in its designated location and glanced at a cup on the ground. Her lips curled into a scowl as she kicked the mug across the floor, “He’s the one who trashes it.” When the cup bounced against the wall, her face scrunched, and she scampered to reclaim it. Lisandra gingerly placed it next to her master’s spell book and released a pent-up breath.

She spun around, seizing the broom from its nook, and started sweeping. When she finished half of the room, her foot grazed the cast iron vat. Lisandra stopped and peered into it. Her head tilted as she studied the dark liquid, and she flinched as it bubbled. Lisandra dropped and looked under the cauldron and gasped when she didn’t find any coals or fire. The broom tumbled out of her grip as she climbed to her feet, touching the metal with a fingertip. Her mouth gaped as she pressed her hand against the cool surface. Lisandra ripped her attention from the boiling contents and scampered to her master’s spell book.

Her finger traced the lines of text on the open pages. When she finished, she spun around, chewing her lip as her gaze drifted to the cauldron, “What did he do?”

Lisandra’s eyes flittered about the chamber as she withdrew her wand from her belt. She gripped it tightly to her chest, “And who are you?”