Whew! September has been a frantic month. There are a lot of moving parts in my life at the moment and ensuring that everything keeps running smoothly isn’t easy. But with Beginnings and Ensnared finished, I turned to my last piece of flash fiction for the month, a Ghost Story. One of the first ones I wrote was called Journey of Thanks, and out of everything I’ve written, it’s my Dad’s favorite tale. I know that I’ll never be able to recapture that emotional rollercoaster, but there’s a bigger concept in those thousand words that I wanted to explore, and this tale gave me the perfect opportunity.

Journey of Thanks centers about a note giving Tully an insight into the lasting impact of his life. While the new story still centers on the note, I decided to go in a different direction with my main character. It also allowed me to delve into the ‘character’ of the note. Sit down and get comfortable as you delve into the Lamar’s story.

Lamar’s ghost awakens in the middle of a suburb with a note attached to his palm. After several failed escapes, he headed for the address… 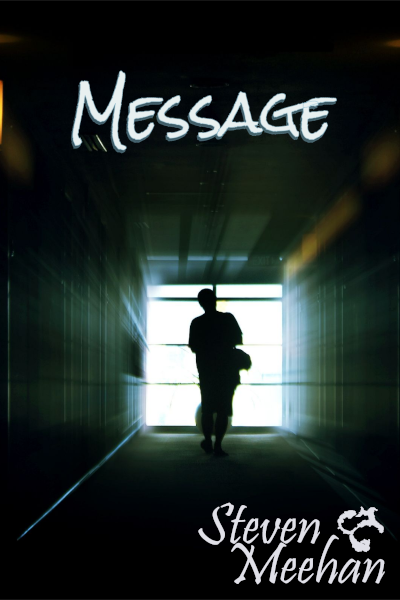 Lamar rolled his wrist and stared at the note attached to his palm. With a huff, he clenched his fist and swung at the building’s wall. But his immaterial fingers passed through the brick and mortar. Without the expected resistance, Lamar tumbled into the two-story structure. As his face hurtled for the floor, he twisted his body into a roll. As Lamar came to his feet, he brushed his hands through his legs, swallowing a curse. While taking a calming breath, Lamar shoved his head through the wall and traced the numbers next to the entrance.

Pulling his tattooed palm out, Lamar groaned and huffed at the duplicate address. Curses flooded from Lamar’s mouth as he pulled his hand through his scalp. He whirled into the house and glared at the far end of the hallway. His lips quivered as his head drifted to the sitting room on his left, “Well, this is the correct address. Unfortunately, I believe that you’ve directed me to the wrong place. I don’t know anyone who would ever consider living in a hovel like this.”

After taking a few steps, Lamar jerked his hand to his chest, gasping as he jumped up. “OW!” He cracked his eyes and realized he was hanging in the air. Lamar shivered and looked at his palm and read the note as its text altered.

‘Examine the home, and your answers will be revealed.’

Lamar’s nose flared as a stream of curses spewed from his lips. His legs flailed until his feet reached the floor. Lamar’s neck rolled as he stalked down the hallway. When he reached an arch leading into another room, Lamar stood under the elegant curve. He stepped inside and gazed at the sparsely populated bookshelves lining the far wall. His eyes dropped and registered a pair of mismatched and threadbare chairs in the middle of the makeshift library.

Lamar crept to the nearest chair and touched its back, but his fingertips passed through the bleached leather. He threw his notarized hand up and kicked the seat, “What am I doing here? Whoever lives here isn’t worth my time. They’re beneath me.”