With one Patreon story finished, I split my focus between my NaNoWriMo project and the second piece of flash fiction for November. Unlike Colonization or Discovery, there were no notes for Darren Gilbert. In fact, it was Act of Heroism, a patron exclusive, that gave birth to this grumpy wizard. I remember a deep, unquestionable need to continue telling Darren’s story. With a little of work, I spun a backstory for a world, while important, was underutilized in my writing.

While the first piece is exclusive to my patrons, Darren’s main storyline is being published on Wattpad. But the stories I publish there aren’t able to quench my desire, so when a Fantasy comes up in the monthly pool, I explore Darren’s character more. These extra tales give more of an insight into Darren’s life, none of these will impact the central storyline that Journeys is exploring.

To add some extra flair to Darren’s side adventures, I pulled a prompt from NYC Midnight, meaning that Darren’s latest installment will take place in an art gallery and feature a spiderweb When I coupled those guidelines with last month’s tale my fingers struggled to keep up with the narrative’s flow. So, pull up a chair and head over to my Patreon page to become a patron and follow Darren as he tests his fate once more.

Having primed his stoolie, Darren visits a local art gallery. While he studies the exhibits, a silence descends and a docent approaches… 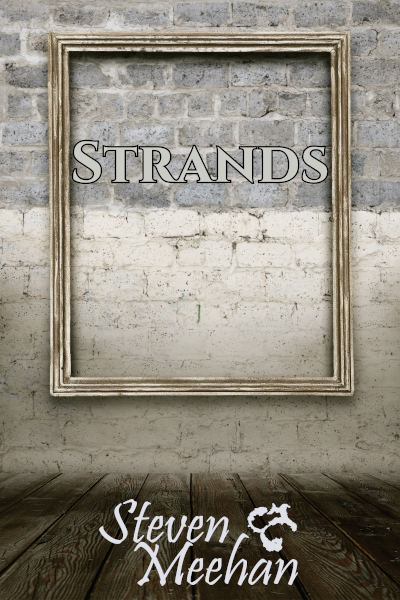 Darren clasped his hands behind his back as he meandered through the gallery. When he approached an exhibit flanked by a pair of floodlights, Darren halted and scrutinized the display as his hands untangled. His eyes darted from the piece to each flanking floodlight and settled on the artwork’s tag. He tucked his right hand under his arm while his other knuckles rubbed his lips.

He extended a finger and tapped his nose as his head spun, searching for anyone to discuss the piece. After scrutinizing the meandering crowd, Darren swallowed a lump and walked away from the exquisitely carved frame. But before making it a few steps, something twisted him about. “Are you looking for anyone in particular?”

Darren extricated himself, focusing on the hooded newcomer. His eyes drifted to either side of the towering individual, and he chewed his lips when he realized the lack of entrances in the room. His fingers crept to his pocket and wrapped around the keychain, “Are you an employee?”

The hooded figure nodded and pointed at the exhibit, “It’s a unique piece for the museum.”

Darren withdrew a small object, keeping it hidden from the docent’s view.