With Hearth and Strands finished, I turned my attention to the third piece of Flash Fiction for November, a Historical Fiction. Last month I blended my Historical Fiction with a Romance and ended up with Anxiety. I’ve been blending genres a little more often recently, and the results have been encouraging. But I had nothing in mind for the story, so I plucked a random Historical Fiction prompt from NYC Midnight’s catalogue. Unfortunately, in the middle of NaNoWriMo, it was difficult to coax the narrative out of my mind.

But when I sat down to work on this piece of flash fiction, I must have been channeling The Thin Man either that or Monk. Both of these fictional detectives, while wildly different in temperament, possess great intuition. And that’s the characteristic I believe most important for a detective. And as I transcribed the initial storyline, it’s obvious both investigators influenced that my protagonist. So, sit back and delve into this Historical Fiction taking place in a Jewelry Shop and featuring a Paint Roller.

Two detectives arrive at a jewelry store, but after making unrelated inquiries, the newest detective is ejected from the crime scene… 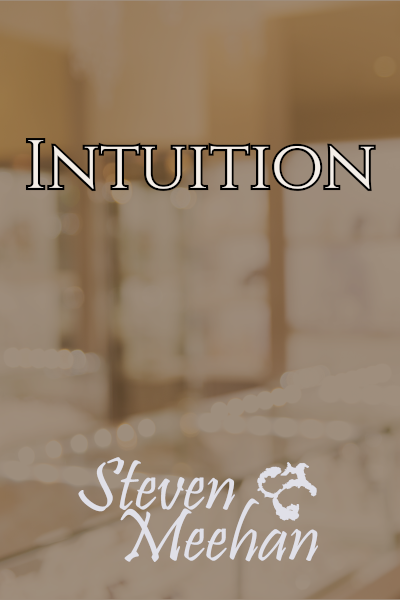 Denis watched his partner walk into the jewelry store. But instead of following him, the young investigator backed up a couple of steps and peered into the neighboring establishment. Denis pulled his notebook and pencil from his jacket and bounced the tip against the cover. He sucked his lips into his mouth and shook his head as he sauntered away from the pawn store’s entrance. He slipped into Jackson’s storefront and meandered down the shared wall.

The junior detective pushed through the throng of uniformed police officers, dismissing the broken glass. He walked behind the counter and knelt to examine the debris. He pulled his fingertip through the light coating and showed it to the others. “Has anyone examined the dust back here?”

“Denis, stop confusing them,” Denis’s partner snapped. “They’re aware of their responsibilities, now get over her and learn how to perform yours.”

“Yes, Ernest,” Denis wiped his finger on his pants and turned to examine the damaged case. Nestled between the glass shards and the remaining jewelry, Denis noticed white splotches. His arm split a pair of officers as he reached in, touching one of those discolored bits, and his fingertip slid across the wet surface. Dennis’s head whirled around, latching upon the owner. He ambled over while he waved his hand about the store, “Mr. Jackson, have you had painters in your establishment recently?”

“Denis!” Ernest slapped Denis’s arm down and stepped in front of the younger man. “I have to apologize for my partner’s impudence. He’s just become a detective, and with this kind of attitude, he won’t keep the promotion for long.” The senior detective spun about and loomed over his partner, “You’re done in here. Head outside and locate some witnesses.”

Dennis nodded and walked out of the store. He took a deep breath and glared at his stained finger. Denis looked over his shoulder and cracked the knuckles of his right hand. He ambled to the pawnshop’s entrance and entered, forcing a smile. Denis slipped the notepad into his jacket and strolled to the shared wall, finding a pair of painters packing up. He glanced at his fingertip, and hustled over to them, “Good afternoon, gentlemen, how’s it going?”

.
.
.
To continue reading head over to my Patreon page and become a patron, $2 a month will give you access to this and other flash fiction stories.
#Patreon #Historical Fiction #Mystery