With Burnout and Second Chance published, my focus snapped to the only remaining piece of flash fiction for December, a Fantasy. From the moment the monthly poll closed, I knew that this narrative would explore Darren’s home. I cracked open my notes for Darren Gilbert’s life and thumbed through everything, and I located the notes for the story where Darren stumbled upon his home. While I’m eager to tell that story, it’s not one I want to publish on Patreon. So, I thought about some other storylines I’ve written, and I chose to highlight an interaction between Darren and his oldest friend, Roland.

With the rough idea in mind, I dropped myself into a comfortable chair and watched Roland seek his friend. I leaned upon Darren’s tendency to isolate himself in his home and conduct experiments (one of which might be the basis of my next fantasy selection for Patreon) and Roland’s desire to drag Darren out of his comfort zone. Sit down and get comfortable as we delve into the crux of the issue between Darren and Roland.

Follow Roland as he searches for Darren’s home in the middle of a forest. Once located, Roland tries to drag Darren out of his isolation… 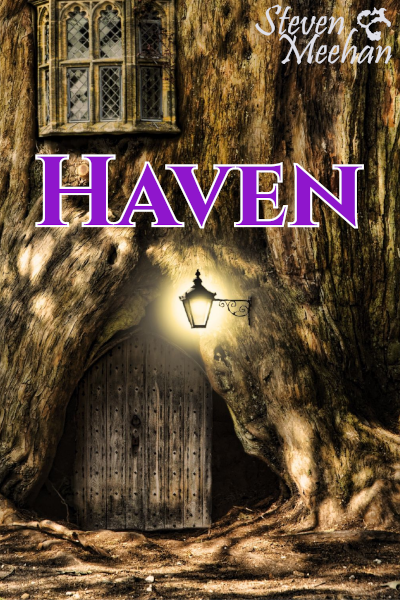 Roland stormed through the forest, his scowl deepening as he punched a tree. He sucked his lips into his mouth and pounded his fist against the rough bark, “Darren, where are you? And why can’t you live in the city?!” As Roland’s words echoed throughout the trees, he stalked to another one. “Ditch the wilderness and find someplace sensible to call home!”

Darren shoved his door open and grinned at Roland’s back. He stepped through and smirked, “Roland, you passed me.” Darren jerked his hand toward the opening. “You’ve been here often enough. Can’t you keep it straight?”

A pent-up breath thundered out of Roland’s nostrils as he spun around. While his fingers curled into fists and his eyebrows pressed together, Roland stalked towards Darren’s house. “Why do you insist on living in the middle of nowhere?”

“You live in a tree,” Roland stopped in front of Darren, and his eyes threatened to set the forest ablaze. Roland reached out and thumped Darren’s chest, “You’ve lived in the city before. Why did you decide to call this massive trunk in the wilderness home?”

Darren stepped aside and ushered Roland into his house, “I’m happy here.”