When the week began, I looked at all the projects jumbled about in my mind and a smile slipped onto my face. Most of the time since I resumed blogging, I’ve handled my posts in a very ad hoc manner. At the beginning of the year, my wife introduced me to YNAB, and it immediately changed my life. I know that’s a cliche, but they exist because they’re true. As I embraced the budgeting application, another aspect of my mind raced to the forefront, organizing my tasks. I have tried using a to-do list before, but it failed fantastically, so I was not expecting much from it. However, having embraced YNAB, I discovered different results with the to-do app.

It kept me ahead of schedule for January. At no point, was I frantic and/or desperate to finish my work at the last minute. While Hidden Truths and Arrogance flowed easily from my mind, it was nice to have the time to allow a reluctant story, like Cruel Exchange, to blossom into a moving narrative. Typically, I prefer blatantly dropping multiple hints to the time-period for my historical fiction, but with the makeup of this tale, I resorted to subtle hints. Sit down and get comfortable as we follow this mystery man as he strolls through his property under the dim starlight.

A man wanders his orchard at night, while carrying a shovel and obsessing over a locket. What secrets is the stranger bearing in the dark… 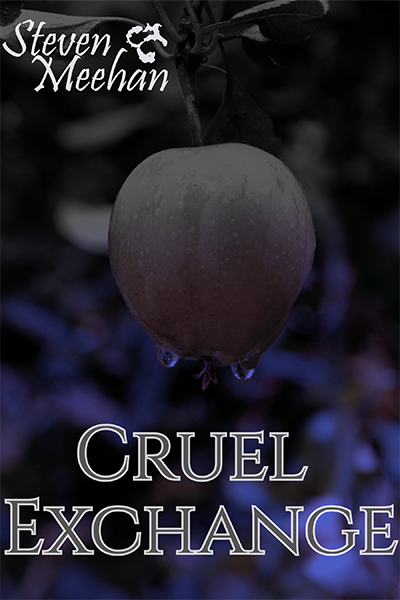 John’s eyes whirled in every direction as he strolled through the orchard. He stopped alongside a tree, laying his head against it while his shovel slid through his fingers, its tip slammed into the tightly packed earth. A tear swelled at the corner of his eye, while John pulled a small locket from his pocket and studied it in the dim starlight. The intricately etched metal caught the faint light and amplified the stray beams, throwing them back at John.

He whirled the chain around his hand until the heart-shaped jewelry slammed against his palm. His fingers clenched about the precious charm as he pressed his thumb against the nascent tear, smothering it out of existence. John shut his eyes and slipped the locket into his pocket. With a sharp inhalation, John’s furtive gaze scanned the open glade over a hunching shoulder as he marched farther into the forest. With each step, the shadows intensified, swallowing him away from the sparse light.

Despite the darkness, John deftly strode between the trees, ducking under stray branches and stepping over jutting roots while letting his fingers trace each trunk. When he felt the gap of a carving, John froze, and the shovel slipped from his quivering grip, bouncing off the ground. The ensuing silence intensified as he dropped to his knees while his fingertips explored the marred surface of the towering tree.