When I downloaded the results from June’s genre poll, I found it topped with a comedy. And as NYC Midnight’s 13th annual Flash Fiction Challenge approaches, I remembered the first time I entered the competition. My first ever prompt was a comedy then just as it is now. Birthday Blowout resulted from that first entry, and while I leaned into camp for the comedy, it showcased that I had a long way to go with this genre. But that is the very reason I’ve given my patrons the ability to push me out of my comfort zone.

It’s amazing how hard it is to whip up a story line when you are given absolute freedom. When presented with such a blank canvas, I’m like a deer held fast by the headlights. Occasionally, when I collect the results, a fledgling concept will take hold and grow. Unfortunately, when I saw the list, my barren mind stared at the genre. So, I turned to the previous prompts for NYC Midnight and selected a random one.

With the skeleton in place, my mind instantly started adding the meat of the narrative. Since I anchored this comedy inside a buddy story, the dynamic between the characters filled most of my initial draft. And I doubled down with the object, placing this duo on a kayaking camping trip as they arrive at their campsite for the night. With those broad strokes made, the rest of the story flowed from my fingertips.

Saul and Peter are avid kayakers, and while they tackle the rapids their friend Rosa sets up their campsite… 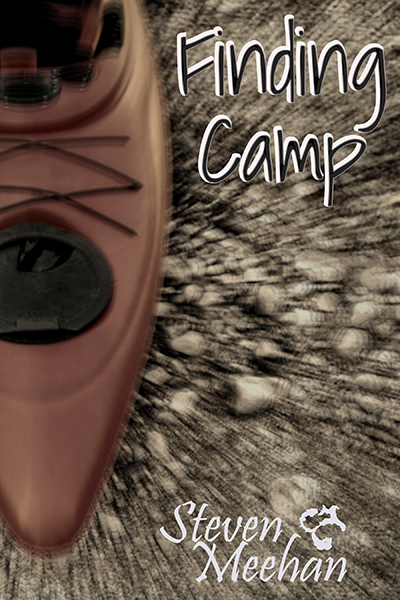 A pair of kayaks sliced through the river, carrying their occupants to the shoreline. As both hulls touched the sediment, one kayaker tossed his oar onto the grass and grinned as he loosened his skirt from his kayak. As his feet reached the bottom, his hand gripped the handle. When he looked over his shoulder, a spray flew into his eyes. He wiped the droplets from his face and flicked them at his friend. “Peter, why do you wait for me to turn around before jumping in?”

Covering his quivering mouth, Peter clapped Saul’s shoulder. “That’s not something I do.” With a wink, he slid his paddle into his kayak and ambled toward the shore. “It’s just a pleasant coincidence when it happens.”

“Once or twice, I’d believe you.” Saul stopped, dropping the boat onto the ground. He spun around and waggled a finger in front of Peter. “But when it is every time, you lose some credibility.”

“You shouldn’t overthink things.” Peter placed his kayak alongside Saul’s and studied the campsite. “Wasn’t Rosa supposed to wait here?”

Saul walked over to the campfire, grabbing a nearby pair of pliers off a chair. With a shrug, he squatted beside the glowing embers and grabbed the lid for the Dutch oven. “The coals are low enough that she probably felt comfortable running some errands.”

Peter sauntered to the tents and ran his finger along the closest rope. “While that sounds reasonable, it’s not like her.”