My creative portion of my mind works wonders at providing me an escape from reality. Unfortunately, some days that escape is easier than others, and ever June 30th ticked away, my escapes haven’t been as effective. While I’m eventually able to fall into my creative headspace, once I’m there I’m too exhausted for some of my more typical sessions. As a result, the vast majority of my writing has been placed aside for the month, specifically all five of my Wattpad publications. Hopefully, when August rolls around, I’ll be past this funk and able to resume detailing all those storylines.

But in the meantime, I’m dedicated to bringing my Patrons, their exclusive Flash Fiction content for the month. And the first genre I tackled was a Ghost Story. Halfway through my original draft, I stopped and scrutinized where the story started and where it was heading. The sudden realization forced me to pivot and scrapped the existing narrative. When I finished re-writing my initial draft, I wasn’t completely pleased with the overall tale. Thankfully, the point of every first draft is simply to exist. Ultimately, pieces of that initial pass will stick, but it gets the creative juices flowing. As I edited the document, the harsh storyline softened, and I smiled at the completed narrative.

Sit down and get your popcorn ready as you follow the journey of a pair of ghosts in search of answers.

Following the instructions attached to his palm, our friendly shade enters a home, discovering an unknown face demanding his attention… 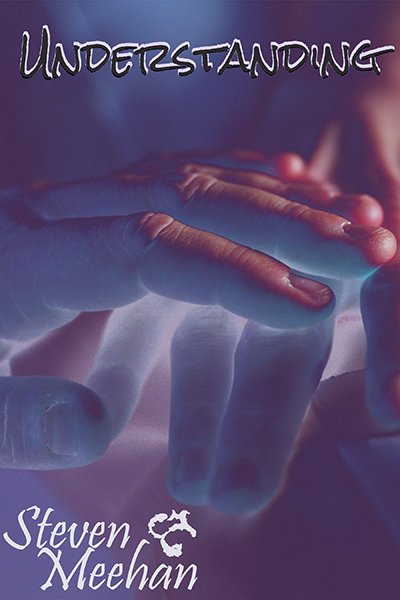 The shade positioned his hand beside the numbers affixed to the wall. As his eyes flicked from them to the paper fastened to his palm, he drifted off the ground. The ghost leaned back, rising into the air, and turned to float alongside the home. Once the ghost circled the structure, he whirled around and stared into the clouds hanging in the sky.

“Why am I here!” The shade’s hand twitched as his left knee crumpled. He clenched his fingers and rubbed his wrist, staring at the shifting words. The ghost hopped up and kicked a nearby column.

The ghost’s lungs expanded as he shoved his head through the brick wall. When his face broke through the surface, a powerful force propelled the shade into the house. Once inside, the ghost spun toward the wall and collapsed with contorting lips. As his muscles sagged, the ghost examined the updated note.

The apparition flopped onto his ethereal butt and stared at the painting hanging along the wall. Milton’s head fell as he slid through the air like a duck gliding across the surface of a lake. His fingers stretched out towards the family portrait and traced the mother’s chin.