After pulling the results of September’s genre poll, it took me a while before I could carve out some time to write my first piece of flash fiction. The first genre on my current list was a Crime Caper, and I dusted off my master thief, Jessica Calhoun. Her last appearance was as a guest in Insight’s Dual. While I haven’t been able to spend as much time developing her character as I would have liked to, I have a good idea of her personality.

Thankfully, when I sat down to sketch out the story, the rough storyline popped into my mind. Each draft brought changes to narrative and solidified certain aspects of Jessica’s character. With yet another tale featuring my master thief in the books, I’m eager to continue delving into Jessica’s life.

Sit down and get your popcorn ready, as Jessica seeks to complete another job. 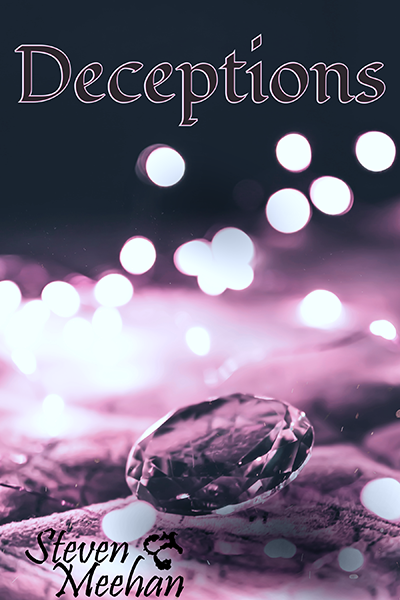 “Are you in position yet?”

Jessica waved her clutch in front of her lips as she pressed her fingertips against her ear and stepped behind a column. Leaning against it, she surveyed the chamber. “Rod, according to the plan you weren’t supposed to reach out to me.”

“If we don’t start soon, we’ll have to pull the plug.”

Jessica’s eyes darted about the room as she rested her purse against the nape of her neck. “I’ve spoken with a dozen of your former associates, and nobody mentioned you were a worrier.” She smoothed her dress as she opened her handbag and brushed the clear stone within. “While you have an excuse to linger, if anyone notices me talking to myself, the client will be disappointed.”

“Just hurry and swap the stones.”

Jessica closed her eyes and rested her forehead against the column as her breath rushed out of her lips. She shut her clutch and bounced it against her thigh. “Fortunately, you’re not the boss.”