May everyone have a fantastic Thanksgiving, filled with wonderful family and decadent food. While NaNoWriMo (National Novel Writing Month) has kept me busy with completing my latest draft of Harrison & Sylvia: Conspiracies, I would never forget about my wonderful patrons. Though much like every November, I will publish these pieces of flash fiction rapidly and in short order, starting with the Action/Adventure tale.

The first thing that popped into my mind when I thought about this genre was a firefight. As a result, I let myself linger on that thought and created what I hope people will find to be a fun story. As our fearless hero tries to retrieve a single object from the center of the valley.

So come, sit down and allow me to drop you into the middle of a raid.

As Barney creeps toward the center of a valley, he must bypass the soldiers trying to prevent him from completing his mission… 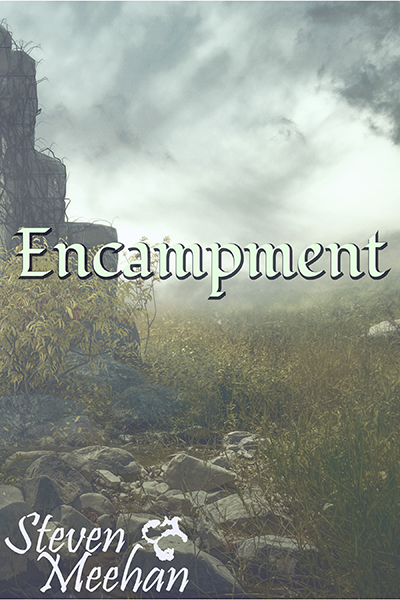 As the barrel slid across the rough stone, Barney’s eyes crept past the edge. His gaze swept around the ground as he licked his lips. As the silence grew, Barney grabbed a pebble lying beside him and tossed it to his left. When it struck a nearby pillar, a hail of shots fired as he hopped to his feet and dashed toward the fallen slab of marble. As he dropped behind the protection provided by the impromptu barricade, a shot whizzed over his head. “You missed me!”

Barney’s fingers gripped his chest as his lips curled into a faint smile. Pressing his shoulders against the shielding stone, Barney pulled a cylindrical object from his pocket. The small rod crested the marble, and the attached series of mirrors allowed Barney to survey the battlefield.

Between him and his goal near the center of the valley were three encampments, with gun barrels thrusting out from the barricades. Barney shoved the tool into its compartment as he rolled to his left, dropping to his stomach. He crawled into the tall grass running along the edge and inched toward the nearest encampment.

After crawling through the dense foliage for a subjective eternity, Barney’s periscope emerged from the tips of the whipping blades of grass. With a grin, he inched forward until his gun poked through the grass curtain. He widened his stance and aimed at the person’s back. As he exhaled, Barney squeezed the trigger and a burst of ammunition raced from his barrel and slammed into his victim.

A momentary cry broke the tense silence as the individual collapsed face first.