Fresh after finishing Encampment, my mind jumped tracks and stormed into crafting a ghost story. Recently I’d fallen into a groove for these tales, and I was eager to return to that comforting formula. So my mind started tinkering with scenarios to drop my latest shade into. It didn’t take me long to isolate the perfect situation for my ghost and his attached and ever-shifting note.

So grab a comfortable seat and prepare yourself for following a shade on his last journey. 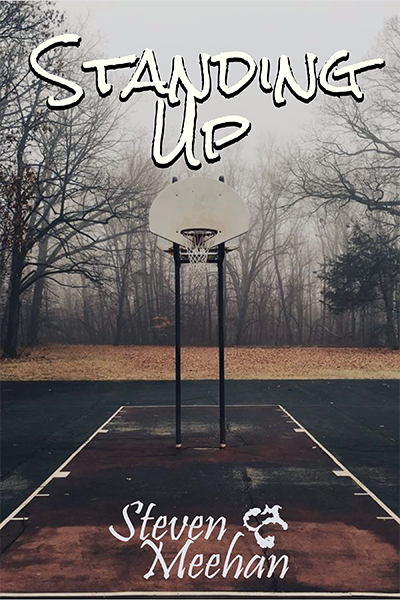 Jacob lifted his palm and flicked the attached note as he drifted down the street. When he neared a building, he thrust his unencumbered hand into the bricks of its exterior. With every inch taken, the shade spread his fingers apart like a net catching fish. As he passed the building’s edge, his ethereal fingertips ripped from the structure as if the stones were the surface of a pond. He stopped in the alley’s mouth and stared at a distant brick barrier.

The ghost rose above the buildings and cupped his hands around his lips. “What do you want from me?”

As silence answered Jacob’s cry, the ghost’s shoulders hunched while he dropped like a feather. When he neared the street, he turned his hand and read the note. After his ghostly body touched the ground, Jacob’s gaze rose. He whipped his tattooed palm over his head. “There isn’t a single reason I’d visit a park in my afterlife.”

Thunder rumbled from the sky.

“Wasn’t I supposed to rest in peace?” As the racket died away, the shade’s focus shifted from the clouds to his hand and the misty tendrils stretching out from his body. With an audible sigh, the ghost lifted off the ground and spun around, waving the note. “Fine, I’ll make your trip.”

When Jacob wafted across the street, the rumbling thunder quieted while his ethereal figure rose above the buildings. As he floated above the city, the wisps erupting from Jacob’s back fluttered like a flag in the wind. Once he reached the park, his left palm convulsed. He opened his hand to find the letters altering. When the swirling gold stopped moving, the note directed him to the basketball courts.