With Encampment and Standing Up written, I shifted my attention to the last piece of flash fiction for the month, a spy story. The last time I crafted a narrative in this genre, I went to one of my worlds and explored a fresh character. After finishing that tale, my mind couldn’t leave those threads alone. Despite being pushed to the back burner, my mind raced to connect those loose fibers to a larger tapestry.

For this outing, it didn’t take me long to drop my spy, Tavon Burris, into a clandestine meeting complete with an important exchange.

So, grab a seat and get comfortable as I transport you to a world full of shadows. 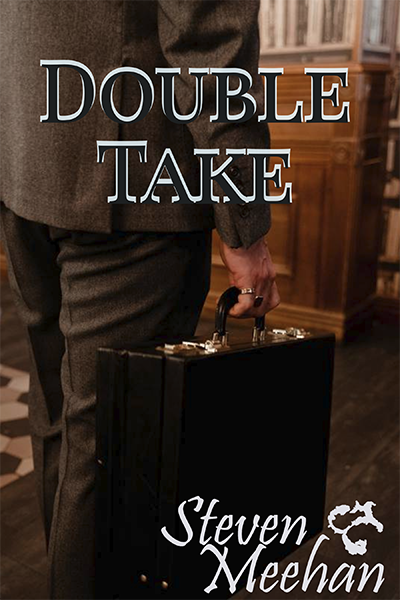 Tavon sat down at the table, placing his tray in front of him and his satchel on the floor. While his gaze swept the chamber, his hand wrapped around the tall glass, and he brought it to his mouth. After a brief pause, he took a deep breath through his nose and smiled as the bouquet of fresh berries with a hint of honey teased a smile to his lips. Tavon sipped from the cup and placed it down as he grabbed his utensils.

He spun the plate about, slicing off a modest bite from his steak. As he speared the morsel, a woman slipped into the seat across from him. Tavon shoved the hunk of meat into his mouth and pushed himself away from the table. Tavon laid the briefcase on his lap and opened the hinges. “How are you doing today, Ana?”

Tavon closed the latches and scooted toward his guest. He pressed the case against the tabletop as he cut another piece. “I’m sorry that you’ve had a rough day.” Tavon thrust the tines of his fork into the meat. “What can I do to help ease your burden?”

Ana placed her hands on the wooden surface and slid them to Tavon.

With a grim smile, Tavon shoved the platter to the edge of the table and grasped her hands. As he positioned one hand under hers, Ana released the round object, dropping it onto Tavon’s palm. Instantly, his fingers tightened around it and squeezed until the color drained from his fingertips. “Please tell me if there’s anything I can do to help you.”