With The Gift and Stroll finished, I’m turned my attention to the last story for the year, a piece of Science Fiction. When I pulled December’s genre, I didn’t know what storyline I would explore. But as the end of the year approached, my mind jumped to the crew of the Scythe. I’ve given a few stories of their adventures to my patrons, and I wanted to explore them a little more. However, after some thought, I realized that Laurie’s character needed a little more clarification.

With the extremely broad strokes of the narrative in mind, I sat in front of my keyboard and stared at the blinking curser while I wondered what tale I could write. It took me a while, but after some brainstorming, I decided to focus on the end of another job. Eventually, I may turn back the clock and explore the details of the job, but for now come and watch Laurie try to reconcile their work with the lack of details their employer provided.

So, grab a seat and get comfortable while we watch Daniel and Laurie finish their latest job.

After completing their latest job, the crew of the Scythe returns to the client’s home in the stars, but Laurie has misgivings… 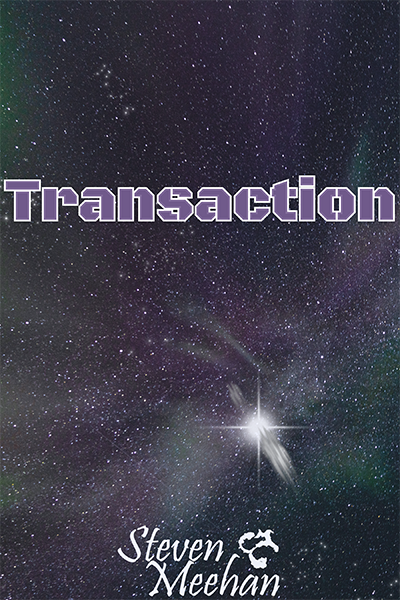 “What was so important with this job, Daniel?”

While a groan slipped through his clenched teeth, the captain stopped and turned around. He hurried over to Laurie and gripped her shoulders. For a handful of heartbeats, the pair stared past the buildings and watched the nebula swirl throughout the sea of stars. He spun her about, gripping Laurie’s waist as he pulled her away from the majestic scene. “Laurie, the only concern with the work, is collecting the payment we were promised for our effort.”

“I understand our side of the equation.” She poked his ribs with her fingertip, pulling a gasp from his lips. With a smile plastered across her face, Laurie’s head fell to his chest while they continued walking down the street. “Do not forget I negotiated the arrangement.”

“Then why are you wondering about the details?”

Laurie lifted the slender briefcase, letting the artificial light from the crossbeams reflect against the dull metal casing. “Why was our employer so eager to hide the goal of the job?”

“I don’t know,” Daniel said as he shoved the case to her legs. A moment later, they neared an intersection, and he peered past the edifice, chewing his lips. He pushed off the wall and dragged her across the street, hustling into the makeshift park.