The first story for my patrons is an Action/Adventure. When I sat down to start pen this tale, my mind kept spinning, like the tires of a car on blocks. However, I didn’t want to run to NYC Midnight for the seed for this story. Thankfully, my stalling brain latched onto a nugget buried deep in my mind. I stumbled onto WritingExercises and while I’ve gotten some milage out of it; I need to use it more. This time I leveraged the site’s Plot Generator. Unlike with the prompts from NYC Midnight, I clicked through the options until I stumbled onto something that ignited my imagination.

A man in his early twenties, who is very eccentric. The story begins in a remote cottage. A mysterious message is pinned to the door. It’s a story about survival. Your character has to make some difficult compromises in order to succeed.

While I might not tick every box from the prompt, I used the above blurb to craft a tale that got my blood pumping.

So, grab a seat and get comfortable while we watch this adventure unfold.

After building his new home in the woods, a weary Charles prepares to enjoy the fruits of his labor when something slams into his door… 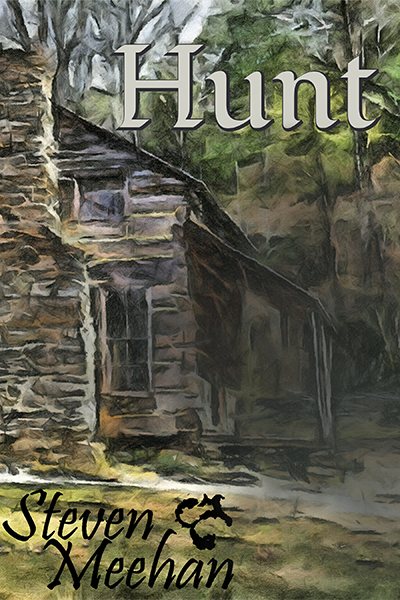 Charles jumped from his chair and stormed toward the exit of his home. He stopped a scant inch from the door and his trembling fingers inched touched the handle. Tentatively, he wrapped his hand around the doorknob and eased the thick wooden slab out of its frame.

As it swung inward, Charles’s gaze fell upon a note pinned to the wood by an arrow. While he yanked the paper free, his eyes swept across the trees lining the clearing. Despite the din of the forest and its inhabitants, he couldn’t find something that didn’t belong. With his heartbeat slowing, Charles read the simple message.

Unless you run immediately, you have no chance to enjoy another sunrise.

When Charles’s arm fell to his thigh, pain erupted from his nose. He released the document, and it zigzagged through the air while his fingers flew to the injury, igniting a second bloom of agony. With a wince, he pulled his fingertips from his face and stared at the blood rolling down his skin.

An archer emerged from the shadows, nocking an arrow as the gentle breeze tossed her long locks about her shoulders. With a smooth motion, she prepared her next shot and aimed for Charles’s neck. “You won’t get a second warning.”