Throughout my life, I’ve had hundreds of teachers, both formal and informal, yet the most memorable was my sophomore English teacher. He was so influential that during my last year in high school; I signed up for French 101 just so I could have him as a teacher once more before graduating. While the actual content of the lessons has faded, the most crucial ones about life have stuck with me. Despite every teacher trying to impart life lessons to their students, most fail. However, this teacher’s true lessons focused on trust. From day one, trusted every student without. The only caveat was if we abused that trust.

With that memory firmly entrenched in my mind, I plucked a pair of characters from one of my worlds and focused on a lesson as old as time. However, with a limit of two hundred and fifty words, I couldn’t focus on the confrontation, so I jumped into the tale after the carnage. It also leaned into the first line prompt generated over at Writing Exercises, ‘The attack was over in seconds…’ 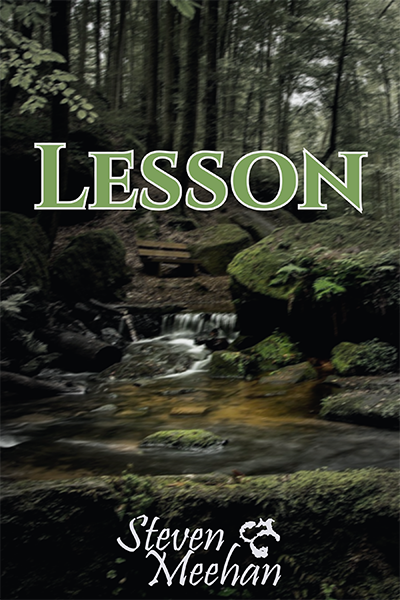 The attack was over in seconds. As the massive bear circled the unconscious feline, the cat’s limbs shrank while the black fur receded. When the flesh stopped transforming, a human laid in the shallow stream. With a roar, the bear’s body rippled, revealing a muscular individual with dark eyes and a chiseled jaw.

With a growl, the heavy-set man hauled the body from the water and propped it against a tree. He squatted down and patted the stranger’s cheek. “Wake up.”

After several gentle strikes, the stranger’s eyelids fluttered. He ran his fingers across his chest as his gaze dropped. “What happens now?”

“That depends on you.”

The stranger inched away from the victor as his fingernails transformed into talons. “I’m shocked that I woke up.”

“My name’s Lander,” the massive man said as he slammed his foot onto the stranger’s wrist. “That kind of aggression won’t end well for you. What’s your name?”