With my patrons’ decision made, I plucked the Ghost Story and started fleshing out an idea. Recently, I recommended one of my early ghostly tales, so it was teased to the forefront of my mind. While I played with several storylines for my patrons, my father’s opinions of that previous tale blended together with my current narrative. After a lengthy working session, I seized upon the rough outline of the tale I wanted to provide to my wonderful patrons.

After writing a handful of Ghost Stories, I leaned into the pattern of Journey of Thanks. Ever since then, I’ve taken a random shade and placed them in a position to discover a key truth about their life. Sometimes, it’s something dealing with their death, and other times, it is central to how they live and their impact on the people in their lives. It’s a wonderful scaffold and one I enjoy building onto with every Ghost Story.

So, grab a chair and get cozy while you explore this little piece of mystery.

After being gifted with another stint on this mortal coil, a shade is led to an alleyway where he discovers a pair of mourners… 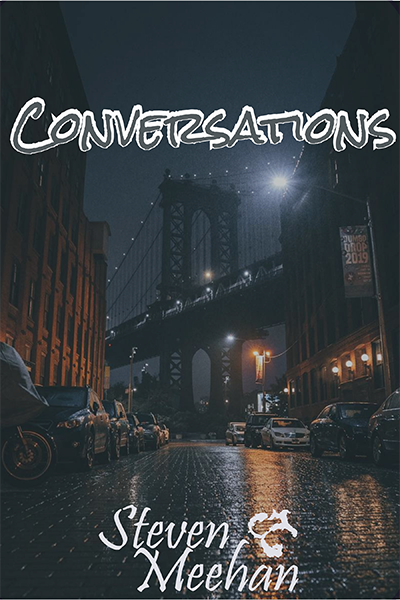 The ghost lifted an arm as his tongue ran across his ethereal lips. With a quick glance at the note attached to his palm, he drifted closer to the alleyway as his head twisted over his shoulder. When he reached the corner, the shade climbed up the brick building like a spider. Halfway up the wall, he peered around the structure and watched delicate fingers lower a white rose to the concrete slab.

The man standing beside the child pulled something from his jacket and a tongue of flame flared to life from the lighter clenched in his other hand. When the wick burst alight, he placed the candle up against the brick wall. As the fire flickered, he wrapped his arms around the girl like a comforting blanket.

While the pair mourned, the ghost descended to the ground and his feet sank into the sidewalk. After several moments of silence, he studied the note and shook his head. He spun away from the mourners as his body lifted from the concrete. When the shade drifted to the alley’s mouth, a feminine voice shattered the intense stillness. “What brought you here?”

The phantom’s gaze whipped about, dragging his torso along. As the soft sound rippled off the hard surfaces, his eyes bounced back and forth, finally latching onto the sound’s source, descending upon the mourning family. The graceful figure’s descent ceased as she drew in line with the elderly man. She reached out and pressing her flickering fingertips into the man’s chest.

The specter drifted closer to the strange ghost and the living as his tongue ran across his lips. “Who are you?”