Having just finished Partners and Select Wares, I was staring at the end of the month with one more story to finish for my patrons. However, I didn’t have a single idea for that storyline. Fortunately, when I don’t have any idea about potential narratives, I am quick to pull a prompt to seed my stories. So, I sat down at my laptop and pulled up some past prompts from NYC Midnight and randomly drew the skeleton for my latest thriller. This tale would take place on a canal and a headlight would make an appearance during the narrative.

Armed with the bare bones for my thriller, my mind fluttered to a common storyline that I’ve seen featured in many shows. Unfortunately, I’m only able to pull two of them to mind. The first was an episode of Father Brown and the other comes from Get Smart. While the former is a mystery and the other is a comedy, both featured an episode where the main character was hunted for sport. In both instances, the villain grew tired of hunting the apex predators of the animal kingdom and turned to stalk people. With these storylines blazing through my mind, I began crafting my take for this type of hunt.

So find a comfortable spot and join me as we follow Justin’s flight.

Justin is invited to join an affluent gentleman for a trip down a canal. Shortly after the departure, Justin leans the trip’s actual cost… 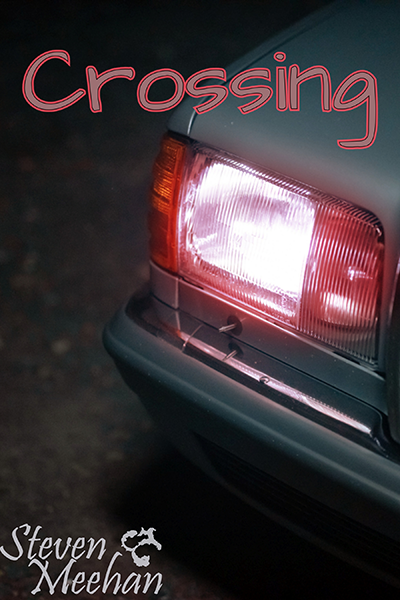 With a heavy sigh, Justin leaned against the bulkhead and slid down the cold metal as water crested over the railing, splashing against his face. He wiped the droplets from his brow as his gaze whipped about the ferry’s deck. After a handful of heartbeats, Justin’s head fell as his breathing slowed and a few beads of sweat rolled down his cheek. The drops collided, becoming one, which plummeted from his chin and crashed upon the smooth steel beneath him.

Justin’s fingers flew to his ear as he lunged forward, tucking into a roll. Instantly, Justin was on his feet, his head whipping about the ferry. When his back touched the bulkhead, he pulled his hand from his face and dashed along the railing and stepped through the first open door.

With a glance over his shoulder, Justin ran through the doorway, plunging into the mass of vehicles, and began weaving through the massive collection. Only the sounds of Justin’s frantic footfalls filled the floating parking lot. As the fleeing man’s fingers touched the bed of a pickup truck, his knees buckled as maniacal laughter destroyed the momentary tranquility.

When the twisted mirth vanished, a gravelly voice shattered the fledgling stillness. “Thank you for providing such a tantalizing challenge.” The hunter lifted his rifle and walked down the line of cars. Upon reaching the last car, his smile intensified. “While most of my guests keep me occupied, few are able to provide me with this much entertainment.”