After pulling the results from the monthly poll, I was eager to churn through these stories. While I’ve quickly come to love the new characters for my ghost tales, I was happy to return to some of my older characters I haven’t spent enough time with. The first one to get a refresher was my master thief, Jessica Calhoun. While I have a tentative nickname for her, I wanted to elevate her character. Despite pitting her against a top-notch private investigator, I wanted to ground her in the world.

When I settled into my chair to flesh out the story, my mind jumped to the epsiode of Leverage, where the crew talked about how they stole The Dagger of Aqu’abi. It was a fun episode where each member detailed how they pulled off the crime. With that story pumping through my memory, the initial draft tumbled through my fingers.

While I took some inspiration from Leverage, I also wanted to introduce a thief who she could constantly best.

Jessica claims a seat beside a boasting rival, and calmly details her recent score. Will Jessica’s recent pillage trump her rival’s…

So, pull up a chair and get comfortable as I guide you through Jessica’s latest endeavor. 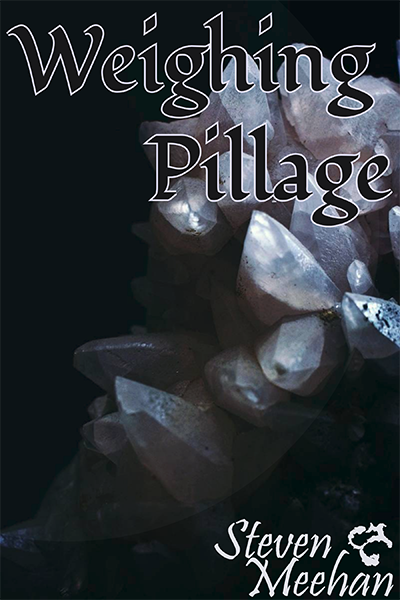 “Can you believe how easy I swiped that moron’s gems?” While a smile stretched across the man’s face, the golden chain slid from his palm. “You’d think someone obsessed with security would be more observant of his jewels.”

As raucous laughter filled the bar, a door on the other side of the room swung open and Jessica emerged from the back offices with quivering lips. She tapped the swinging wooden slab as she marched over to the table, claiming a vacant seat as she flicked the pendant. “Harrison, that’s a pretty ruby. However, it isn’t a score you should brag about, especially in this establishment.”

Derisive laughter thundered through the chamber as Harrison twirled the chain about his fingers. “It’s better than anything you’ve ever pulled, Jess.”

“First, my name is Jessica,” the thief said through clenched teeth. “Second, equating your achievements to mine is akin to comparing a child to an artisan.” She pressed her fingertips around her heart as her eyes narrowed. “And as that skilled artist, I don’t appreciate your clumsy comparison.”