While I cannot remember the first time I played poker, I have some vivid memories circling around those crowded tables. One such memory took place during a tournament at an old Hard Rock Cafe. As the evening wore on, I kept moving from table to table, adding chips to my growing stack. Unfortunately, I don’t remember if I won the night, or simply took second place. Either way, the core of the memory took place earlier in the night and centered on eliminating someone from the tournament. After I bounced him out of the game, he got upset and called me a donkey as he stormed off. For those unfamiliar with the term when it’s used in poker, he accused me of being a poor or ignorant player because of the hand I held when he lost everything.

After so many years, the hand I was chasing has been lost in the churning sea of my memories. However, it was not the unreasonable bet that my opponent thought, considering I’d been catching those hands all night. Each time the dealer gave me the initial portion of the hand, by the end of the round I kept coming down with the best hand. So, I let the frustrated player’s accusation slide off my back. After all, he required a reasonable excuse for his defeat.

Fortunately, when I sat down to work on my Historical Fiction, this memory emerged. And since Samuel is a magical gunman, loosely adjacent to the law, I had to bring poker into one of his stories. As the idea blossomed into the eventual first draft, I wove a historical thread into the narrative. For those well versed in history, you should appreciate the manipulated truth to the inspiration of my budding narrative. 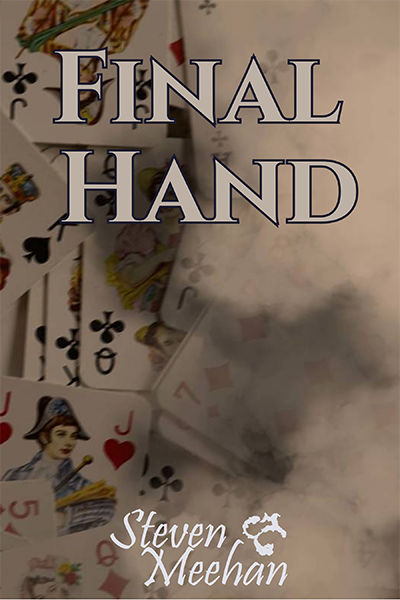 As Samuel’s boots touched the ground, he patted Perl’s side. “Don’t fret, I won’t be long.”

With a muted growl, the dragon’s head curled over itself, and she nuzzled Samuel’s chest.

Samuel stroked his dragon’s scaley hide as he drew his pistol. “This criminal will not give me any trouble.”

After nudging Samuel toward the entrance, Pearl laid down.

As a soft chuckle rebounded off the beast’s scales, Samuel sauntered through the saloon’s doors. Instantly, his gaze swept across the chamber, stopping when he found his man playing cards with other scoundrels. While he glided through the empty tables, Samuel rested a finger on his lips.

The fellow sitting opposite of Samuel’s target cleared his throat. “Jessie, what do you have?”