The last two months have come down to the wire. However, I refuse to disappoint my patrons. Despite pulling the prompts earlier in the month, my day job has claimed most of my free time. Despite that challenge, I have satisfied the top choice from the genre poll, an Action-Adventure tale. Thankfully, with Fortunes fresh in my mind, I instantly had a story to build upon.

With a little genre bending, the tale quickly flourished under my fingertips. While I didn’t detail how Charles and Lucille turned their find into the ship, I placed them on the planet below the space station they called home.

Grab a comfortable chair and hunker down as I weave the latest tapestry in their new lives.

After securing their spaceship, Charles drags Lucile to the planet below, to secure supplies from the natives… 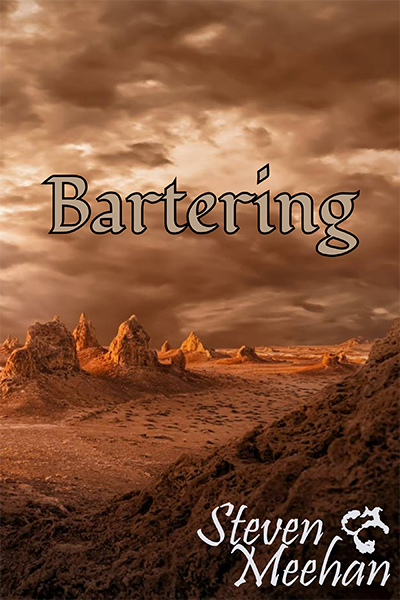 Lucille’s gaze swept across the collection of natives that meandered about them. Her eyes locked onto the solitary figure, hunched over his knees. The motionless native held a trembling makeshift stone spear with whitening knuckles. She grabbed her companion’s jacket and pulled him closer. “Charles, are you certain this was a wise idea?”

With a broad smile, Charles raised a hand as his neck twisted toward his compatriot and covered his mouth with splayed fingers. “You can stop telling me you’re uncomfortable, Lucille. You’ve mentioned that more than once. However, I’ve dealt with these people on more than one occasion. I know what I have to say in order to ensure their cooperation rather than their wrath.”

Charles’ grin widened as he eased her hands off his jacket. “We’re almost done. You just have to trust me a bit longer.”

As the natives surrounding them continued their cryptic discussions, she inched closer and tugged on her friend’s sleeve. “Just because this isn’t your first trip down here doesn’t mean you understand what you’re doing.”

Raising his fingers toward the chieftain, a series of strange syllables flowed through his lips as he turned and grasped Lucille’s shoulders. As the seconds ticked into an eternity, his fingertips dug into her muscles. With a deep breath, Charles drew her closer. “Lucille, if you’re this uneasy, why don’t you grab the smaller bundle and head back to the ship?”