After the momentary visit of the Academy, I’ve turned my attention back to my newest bunch of characters, Charles and Lucille. After receiving confirmation of his father’s fate, Charles has been forced to join the station’s population of vagrants. With each revolution around the harsh planet, Charles is forced to flee to the outskirts of the station.

Upon reaching the last cargo hold, a mysterious set of fingers reaches into his pocket trying to collect his dwindling means of survival. 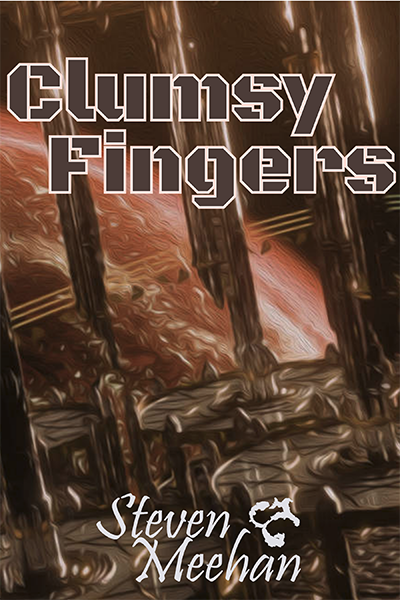 Charles tugged the tattered edges of his jacket around his shoulders as he stepped into the station’s most remote cargo hold. Instantly, his eyes danced about the room while he drifted toward the nearest bulkhead. Before reaching the wall, his hand latched onto a slender wrist. “Who’s trying to steal from me?”

A timid and feminine voice tore through the din. “Let go of me!”

“Just because I am new to this area doesn’t mean I’m not aware of my surroundings.” While maintaining his grip on the potential thief, Charles turned around. He lifted the grungy fingers as his lips wrung together. “Explain why I found your hand trying to plunder my pocket?”

“I need food.” The young woman’s feet twisted as she yanked her tethered arm. Her eyes darkened as she inched away from her would-be target.