First, I want to thank all of my patrons for their patience. I know waiting till the final few days of the month to read the exclusive flash fiction can be annoying. However, despite the issues I’ve had with NaNoWriMo, once again I’m bringing you the unique tales in the last days of November. Normally, I take these genres in alphabetical order, but this time because of the nature of the stories, it makes more sense to bring the true ghost story first.

When I started poking through the outlines for these tales, I instantly realized that both the Ghost Story and the Action/Adventure would best be suited to further the tale of Marcus and his dead partner, Benjamin. However, the first story that swirled in the back of my mind was anything other than an action story, so I shifted it to the Ghost Story slot. In this brief narrative, I’m focusing on the shade’s frustration at not knowing who murdered him.

So, sit down and get comfortable as you witness an argument between Marcus and his partner in his precinct.

As Marcus is working a file, he’s interrupted by his dead partner, seeking a reason his murder is still unsolved… 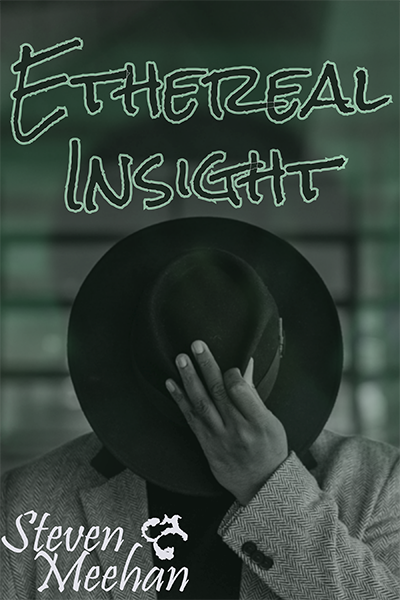 The detective propped his feet upon the corner of his desk, as he flipped through the pages in the thick file. Halfway through the folder, he laid the documents on his lap and rubbed his eyes as his head hung back. When his hands fell to his sides, Marcus’ unfocused gaze lingered on the puckered ceiling tile as his chest rose and fell in a steady rhythm. After several silent moments, his body flailed about in unison with his frosty breath rushing from his lungs. As one hand steadied the slipping file, the other grasped at his chest. And a groan escaped his lips when he saw the hazy shimmer of his verdant friend.

The ghost’s thumb slammed against the papers as his head turned about, with his eyes narrowing into pinpricks of brilliant green dots. “Marcus, why are you wasting time with some random missing person when you should be pursuing the individual who murdered me?”

Marcus’ hand clenched as his lips tightened, forming a scowl while his gaze swept about the precinct. He pulled his feet off his well-worn desk and slammed the file down. His fingers brushed through the ethereal face as he scooted forward, removing his dead partner from his body. “Haven’t I asked you not to bother me when the other detectives are about?”

“I’ve answered that multiple times before,” Marcus said, tapping the skewed files into place. “However, maybe you’ll listen to me this time. I can’t probe into your murder when there’s a laundry list of other unsolved and active cases that I have to complete or risk being demoted.”

“So,” Benjamin said as his soft outline flickered, “what’s taking you so long?”