With two of my micro tales finished, I turned a portion of my imagination towards the dice I rolled for the Sci-Fi narrative. At first I didn’t know what I was going to do with a man using a parachute. Ultimately, I dismissed the second dice from the story and focused on an alternate rendition of my problematic skydiver. As the core concept percolated, I latched onto the slick harness inspired by the ones in Tron: Legacy with a dash of teleportation tossed in to achieve the initial height. In the end, this little tale is truly a blending of an action/adventure tale with some Sci-Fi undertones. 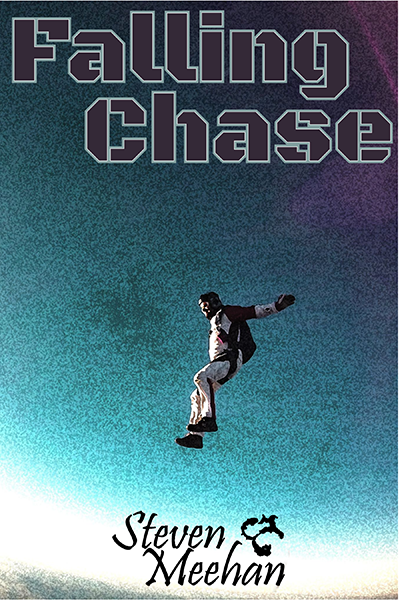 The man crouched down on the platform, tapping the metallic limbs of the harness, clutching his chest like the slender digits of a giant. With a nod, he took a sharp inhalation as words spurted through his lips. “I’m prepared. Send me after him.”

“Here you,” the technician said as his fingers danced about the console, “go.”

Instantly, the world surrounding the individual on the dais, streaked with thin lines of silvery light until it encompassed his entire field of view. When the office’s illumination gave way to the vivid glow, the ground beneath the man vanished, leaving him momentarily weightless. However, as the ethereal radiance dissolved, gravity’s steady pull yanked on him.