Fresh off of writing Hidden Truths, I turned my attention to this month’s Fantasy tale. While I’m eager to explore Darren’s life, I’ve gotten a little burnt out with the character. That said, I’m eager to stay in Darren’s world, so I flipped through past stories and smiled when I remembered the story about Tiatha. Siphoning the Stone was the last story that dealt with her, but it presented me with an opportunity to explore focus on another aspect of Darren’s world. During that tale, Tiatha easily bests the Hunter who tries to stop her from stealing a stone.

This time, I wanted to continue that story, highlighting the division between the ruling council and the rest of the world. To accomplish that goal, I needed a reason for a Shifter to interact with a Hunter. It didn’t take me long to connect a few dots and have a Shifter stumble upon a Hunter who subdued Tiatha. I also didn’t forget the sorceress’s personal history. Sit down and get comfortable as we delve into the mixed feelings between the Hunters and the rest of the world.

A Shifter ambles into a glade and interrupts an intruder from completing his task. Upset at the interruption, the Hunter lashes out… 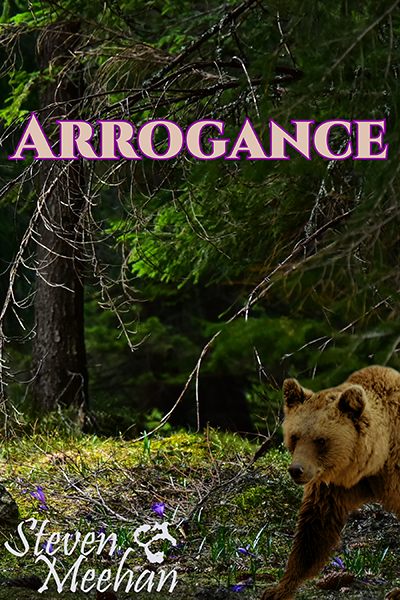 As a bear nudged through foliage and entered a clearing, a man in the middle of it whirled around. He glowered at the intruding animal while crackling blue energy emanated from his hand. The individual clenched his fingers, extinguishing the glow as he walked toward a lump. “Tiatha did a number on me. I can’t believe a stupid beast freaked me out.”

Lighting crackled around the invader as he rolled away from the strange mound and oriented on the source of the question. He glared at the bear and hopped to his feet, forcing the energy to coalesce into his open palm. He inched towards the massive animal, “Are you a shifter?”

The brown fur shortened as the creature rose to its hind legs and stepped out of the tree line. Folding his arms across his arm, the shifter sighed, “Despite my transformation, I asked you a question first?”

The stranger’s face curdled, “Step away before you make a mistake.”

The shifter’s eyes flashed with rage as they flicked to the lump. With a grumble, he walked toward it, glaring at the Hunter, “Call me Lander.”