With Open House and Finding Camp published for my patrons, I eagerly set out to craft my first Spy Story. While this genre isn’t one I normally explore, I couldn’t think about this genre without my mind reaching back to Spy Game. Despite not seeing the movie in about a decade, a couple of scenes seared themselves in my mind. The first was when Nathan Muir (Robert Redford) was in a helicopter searching for Tom Bishop (Brad Pitt). Just as they were giving up hope of finding Bishop, he appears dragging his comrade along the river and Muir says:

Hell of an ad for the Boy Scouts.

The other collection of scenes that stuck with between viewing was Bishop’s training montage. And like his comment about Tom’s character, Muir delivered some excellent lines. Let me share the three that never faded from my memory:

Technology gets better every day. That’s fine. Most of the time all you need is a stick of gum, a pocket knife and a smile.

Got to see it, assess it and dismiss most of it without looking, without thinking. It’s just like breathing, you breath, don’t you?

Always carry cigarettes and a lighter, too. Great icebreaker.

Since I wanted to leverage this movie, I did a quick google search and as of right now the movie is available for streaming at PeacockTv. Despite the ad breaking up the movie’s flow, it was just as satisfying as the first time I watched it.

Despite having a general idea, I needed something to focus my creativity. So, I plucked a prompt from NYC Midnight and wondered how I would craft a narrative in a funeral procession while allowing an ice cream cake to make an appearance. But as always, the constraints spurred my imagination. For this piece of flash fiction, I focused on Spy Game’s training montage, specifically on the scene where Muir orders Bishop with eliciting information. While I didn’t focus on the recruitment, I leveraged those past interactions as I wrote my first draft. Though during my edits, I realized I was also channeling Get Smart’s cone of silence, though mine actually served its purpose. 😉 Sit down and get comfortable, as I spin my tale of mystery and subterfuge.

During the funeral procession for Robert Helder, a seasoned spy approaches Myriam Frost to collect her latest piece of intelligence… 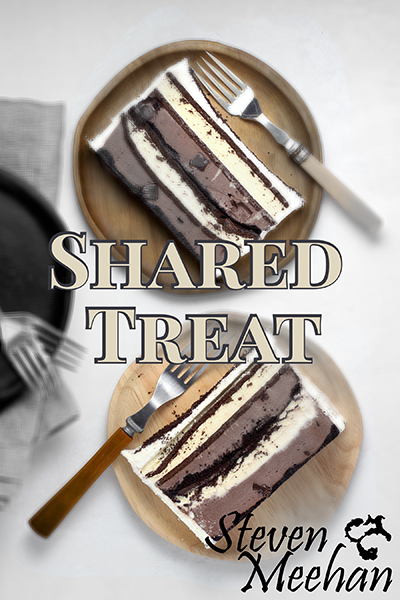 After placing a pair of plates onto the table, a lean individual gripped the back of a chair and dragged it across the cobblestones. “Have you ever seen such a beautiful sight?”

A shudder ran down the woman’s spine as she twisted her head away from the stranger and pushed the plate aside with a finger. “One of our noble leaders just died. If you’re happy about this funeral march, you can search for company elsewhere.”

The newcomer sat down, taking a bite from his dessert. As he chewed his mouthful, the man grabbed her fork and pressed it into the dense chocolate cake. With a wan smile, he shoved the treat toward her. “Myriam, I believe you are sitting at this ice cream parlor, waiting for me. It’s unfortunate that our meeting coincides with this obnoxious display of power.”

Her head whipped around as her fingertips found her purse. “Tavon, I think this is a bad idea.”

“You shouldn’t be so eager to get rid of people.” Tavon popped a piece of his dessert into his mouth. “Especially when you’re expecting someone.”

Her fingers tugged at her collar while she chewed her tongue. She released her handbag and grabbed the fork resting on the plate. Once she filled it with ice cream and cake, she tapped it against the dish, while her eyes flittered among the people marching down the street. “I can’t say what we agreed upon.” Myriam waved the laden utensil in front of her. “Not when there’s a funeral procession for a member of the ruling elite.”