Upon the completion of Conversations, I turned my attention to the next story for my patrons. With my sights set on a work of Historical Fiction, my attention slid through my internal catalogue of characters and stopped with Samuel. While I’ve written seven stories that explore this wandering bounty hunter, I haven’t created a true sequel, until now.

With Samuel’s previous story entrenched in my mind, the initial draft draft flowed through my fingers. Over the next several passes, I tossed certain aspects and solidified other bits of the narrative. As the magical injury continues to sap Samuel of his strength, Anna guides their dragons in a search for help. When they reached the nearby village, she’s quickly directed toward a doctor on the outskirts of town.

So, grab a seat and your popcorn as you follow the aftermath of Samuel’s last search.

Despite Anna sealing both sides of the wound, Samuel’s condition continues to deteriorate. After lashing Samuel to Pearl, Anna searched for help… 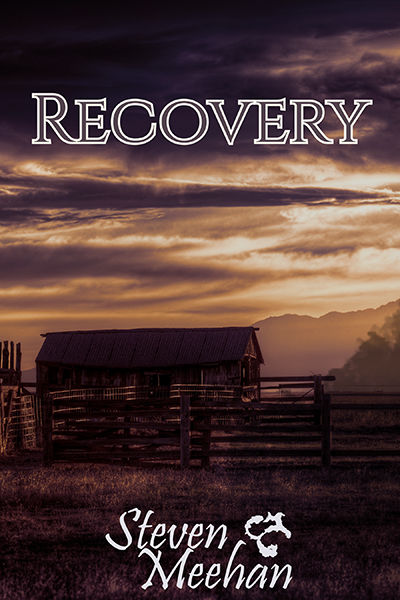 The moment Bruce’s talons tore into the earth, Anna’s fingers unlatched herself from the dragon’s harness. As Pearl landed beside Bruce, Anna leapt from his back and cupped her palms around her mouth as she whirled toward the simple cottage. “I need some help!”

Her hands fell as she rushed to Pearl’s side. As she unfastened the lashing tying Samuel to his dragon, the front door swung open, letting the soft glow of candlelight rush out. As Anna’s fingers flew across the cords, an elderly man stepped into the opening. As his gaze swept between the dragons, his arms slid behind his back. “What brings you to my home?”

“I’m hauling your next patient off his mount.” When the final restraint fell from Samuel’s chest, Anna hooked an arm under her friend’s and pulled him off Perl. Once his feet touched the ground, Anna grunted and the dragon’s tail slithered under Samuel’s arms, lightening the load. With Pearl sharing the burden, Anna inched closer to Samuel, positioning him farther up her shoulder.

“What’s wrong with him?”

Anna’s gaze whipped to the opening as she stepped toward the cottage. “He was shot with a spelled ball.”

As the elderly gentleman retreated into his home, a youthful man rushed from the quaint cabin. A handful of strides carried the younger individual across the courtyard. Instantly, he pulled Samuel from Anna’s grasp and tossed the unconscious patient over his shoulder. The assistant inclined his head and spun around, dashing into the simple structure.