Moments after completing Misdirect, my mind picked up the draft for July’s Ghost Story. While there was a little dust on the mental copy of the tale, I quickly dusted it off and dove into the last phase of editing the latest tale of Benjamin and his living partner. When I first sat down to flesh out the story, I wanted Benjamin to chase down the man he’s convinced killed him. Despite the sudden emergence of the fuzzy memory, the shade’s partner tried to keep him from storming off into the city.

Sit down and get comfortable, as Benjamin waits for the city’s most notorious fixer to visit his favorite spot in the city.

With a sparking memory, Benjamin rushed to the edge of the city without his living partner, searching for the man who murdered him… 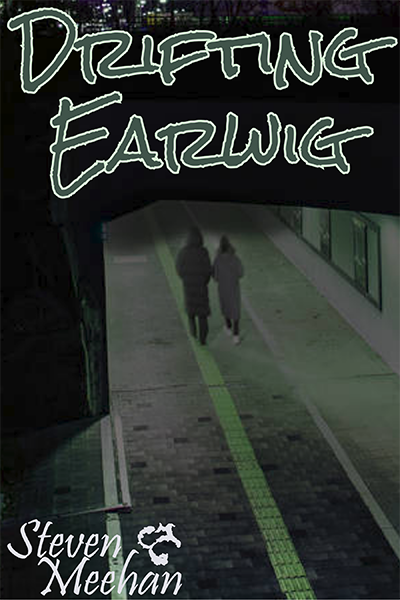 As the remnants of the sun’s last rays gave way to the soft glow from the lamps lining the street, the lingering ghost’s body swelled and contracted. When footsteps shattered the tranquility embracing the vacant patch of asphalt, the shade coalesced. Once his head reformed, Benjamin spun about and stopped when he located the owners of the footfalls.

While Benjamin’s ghostly lips curled, his drumming fingers rose to his predatory smile. “Finally, the man I was searching for graces me with his presence.”

The larger fellow wrapped an arm around his shifty companion, forcing him to quicken his pace. When the pair of criminals sauntered past Benjamin, the emerald shade glided through the air, following the men as they strode toward the tunnel. “It’s about time the goon revisits his favorite stomping ground. The moment he confesses to his crimes, I’ll find Marcus and flaunt his foolish choice.”

When the larger man reached the tunnel’s mouth, he pushed his companion inside as his gaze whipped around, scrutinizing the surroundings.

As the fledgling silence swelled, it struck the hanging shade as his ethereal body expanded to encompass the crooks. Benjamin’s focus latched onto the bigger figure as he slid between the pair. “Nobody else is here.” Benjamin’s hands clasped together and shook under his chin. “All I need is for you to talk about how you murdered me.”

“Harry,” the shorter criminal said as his shoulders inched toward his ears. “Why’d you drag me out here?”