With Bantering and Frantic Search complete, and the end of the month around the corner, I buckled down and churned through the last tale for September, a Ghost Story. While I once again couldn’t pin down a storyline, this time instead of turning to NYC Midnight, I headed over to WritingExercises.org and used their first line generator to spark an idea.

She decided to go to her father’s grave, to ask his advice…

Instantly, my mind connected that concept with Benjamin and Marcus. While Benjamin isn’t able to communicate with the rest of the world, he uses his living partner to answer the daughter’s question for advice.

When Marcus heads to the cemetery to visit his partner’s grave, Benjamin’s spirit forces him to comfort a grieving woman… 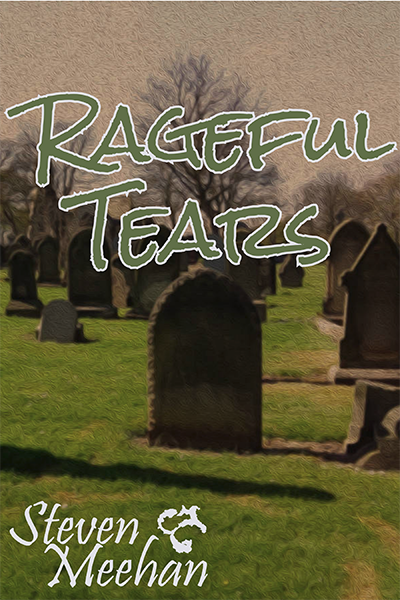 As the pulsing shade swirled over his partner’s head as he studied the only other figure in the graveyard. “Why are you visiting my grave?” The shade’s disembodied voice shattered the silence like a hammer striking glass as he circled Marcus’ head. “Why don’t we investigate the other mourner?”

Marcus placed his fingertips on the headstone as his head rose. “While I don’t understand what I did, to communicate with a ghost, we both know that I’m the only one you’ve found who, depending on your point of view, is either blessed or cursed with that rather unique skill set.”

“Despite the masterful summary, that little tirade doesn’t explain why my partner wastes precious time visiting a grave for someone he talks with daily.” The shade’s body whipped in the faint breeze as he leaned closer to the detective. “In fact, there’s often a great deal of annoyance to the frequency of our conversations.”

Marcus dragged his hands down his face as a grunt chased the budding silence into oblivion. “Despite carrying this heavy curse, the perceptions of the rest of the world remain unfazed.”

“Why would that matter?”

“It matters because the living are under the assumption that you’re enjoying your eternal rest six feet under this headstone.” Marcus peered up as his head hung down. He bounced his fist against the edge as his chest swelled. “Could you leave me alone while I complete this ritual?”