Despite today being Halloween, an important day for my wife, I sat down to complete the trio of flash fiction stories for the month. In case you missed the previous tales, check out Hacks & Upgrades and Purge before delving into the latest installment of the Drifters. finished crafting the last story for my patrons. From the moment I discovered these two, I’ve been eager to flesh out their stories.

From day one, I wanted these two to expand their crew, but I didn’t know how I would arrange it. That is until I watched them scramble to repair a malfunctioning engine while pirates were trying to relieve them of their cargo. So, sit down and get comfortable as you witness Charles and Lucille search for additional crew.

With the Drifter II’s engine repaired, Charles drags Lucille back to their old home to search for extra help… 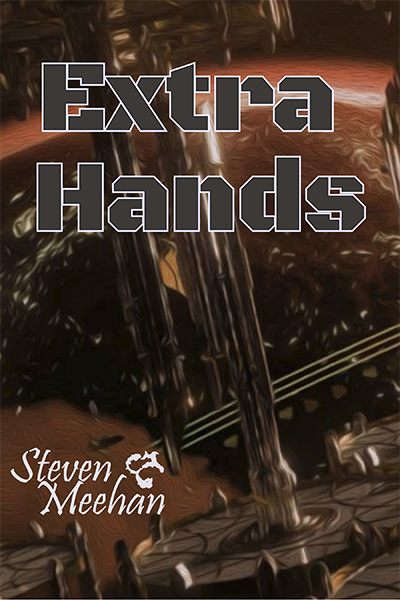 Slender fingers slid through the lithe figure’s hair as her toes tapped against the floor. “Charles, please remind me what we’re doing here?”

Horse laughter crackled over the din as Charles tucked his tablet under an arm and his shoulders spread over the crate’s label. His chest swelled and deflated as he traced his chin. Several heartbeats later, his finger whipped about, drawing Lucille’s attention to every urchin scattered throughout the hold. “I thought we agreed to supplement our crew with folks who were desperate for a new life.”

Lucile’s fingertips drew faint white furrows down her face as her gaze studied the people lounging between the crates. “Correct me if I’m wrong, but didn’t we agree to search for potential crewmen that could contribute as soon as we hired them?”

“I remember no such stipulation.”

Lucille’s fingernails dug into her palms as she inched closer to her partner. “Are you seriously trying to alter the agreement?”

“Why should we exclude all these able-bodied individuals?” Warm laughter filled the space between them as Charles withdrew the pad and patted her head with it. “Don’t forget, you’re getting a collection of crash courses to patch all the holes in your education.”