With Ethereal Insight finished, I turned my attention to its follow-up. Despite time rapidly running out on me I focused on the second installment for the Partners. Fortunately, this tale sprang forth from my mind in a mostly ready state, given that it sprang to life in unison with Ethereal Insight. After several rounds of editing, I was happy to bring Inquiry to my patrons.

This installment begins shortly after the Marcus stalks out of his precinct. Wen they arrive at the address, Benjamin pointed out previously, the detective waits in his car as he rereads the case file. Once he’s finished, he saunters to the front door and announces his arrival. So, sit down and get comfortable as you witness Marcus getting answers from the residents of the building that Benjamin pointed out.

After Marcus knocks on the front door, he finally relents and allows the ghost to search for probably cause… 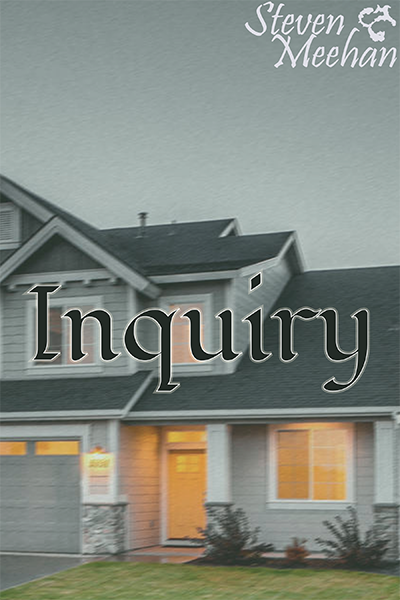 “Don’t you have enough to break the door down?” Benjamin asked as he drifted through the building’s wall.

Brushing his nose, the detective kicked some of the scattered debris. “Unlike you, my ethereal friend, I’m unable to walk through a solid hunk of wood.” Marcus flicked the knob as he blew out a pent-up breath. “Especially since it’s locked.”

“You have a battering ram in your car, don’t you?”

“Without probable cause, I can’t use it.”

The ghost shoved his head through the wall. After a few tense seconds, he whirled about, grasping Marcus’ jacket. “Just grab it and burst inside.”

“Not unless there’s a reason.”