With Roaming Bug complete, I turned my attention to the next story for December, a Fairy Tale. Fortunately, when I went to outline the tale, I pulled three dice from the remaining six available and began thinking about how to craft a story with a bee, a fountain, and a phone. As my mind began piecing the strands of the story together, the tapestry came into focus.

Despite an initial idea of the storyline, the tale came to life and took several shocking turns as I continued through the drafting process. Originally, the bee was going to be the child’s guide, but as the story flowed from my fingertips, the purpose behind that character changed.

So come and join me as we delve into the tale of a child who hopes for a better relationship with her mother. 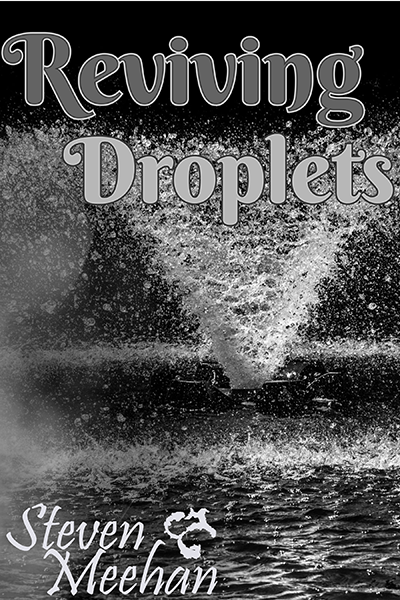 Once upon a time, as a thin sheet of water rushed toward the sky, a small child burst through it. While the young girl fell toward the shallow pool, the clear liquid flooded in behind her, restoring the shattered section of the fluid wall. When her wiggling toes collided with the calm surface, blobs of water were thrown from the pool’s confines. Instantly, the child’s head whipped about as the rushing water fell upon her head and shoulders. “Mom, did you see that?!”

“Yes, darling, you made an excellent splash,” a brunette woman said, pressing her phone against her chest as she waved at her child. When she pulled the phone back to her ear, she turned away. “Don’t forget that we’re going to have to leave shortly.”

The girl’s lips soured as she kicked the water, encasing her feet. A few moments later, she stalked toward the edge of the fountain with her scowl intensified. Once she stepped up to the fountain’s small wall, another ring of liquid erupted from the underwater spouts. While the ones beneath her feet tickled her soles, a pair of streams brushed against her arms. “I wish you would pay that kind of attention to me.”

The young girl whirled about, searching for the source of the melodious voice. When the wall of water vanished, the child clambered out of the pool and nibbled the tips of her fingers. As her eyes darted about the clearing, she inched toward her mother. “Did you see anyone over here?”

As a buzz wrapped around the girl’s head, the stranger’s voice rang out. “Don’t leave. We can do so much for you.”