Fresh off penning Investments and Seconds, I turned my focus on the last piece of flash fiction for the month of October, a Horror. With Halloween looming over me, I turned into the season, searching for inspiration. Thankfully, the imagery of the season is rife with potential choice to latch onto. Despite the plethora of options, my mind had trouble latching onto a single aspect of the holiday.

Until my mind pulled The Legend of Sleepy Hollow and Ichabod Crane into focus. Not the recent tv show, rather the Walt Disney cartoon. Even after twenty-odd years, the image of the headless horseman brandishing a Jack-o’-lantern has stuck with me. Now when you are out trick or treating, you’ll see these carved pumpkins ranging from silly to the creepy.

However, all that means is I found my inspiration, but without substance a creepy gourd won’t sell the Horror genre. As a result, I delved into the darker corners of my mind, searching for a way to craft an interesting story that unsettles my patrons. With that in mind, I whipped up a young couple, some evening fog, and their choice to explore a farmer’s pumpkin patch.

So come, sit down and allow me to escort you through this couple’s Halloween jaunt.

Follow Wayne and Christine as they traipse through a farmer’s field, as Wayne attempts to present Christine with a perfect evening… 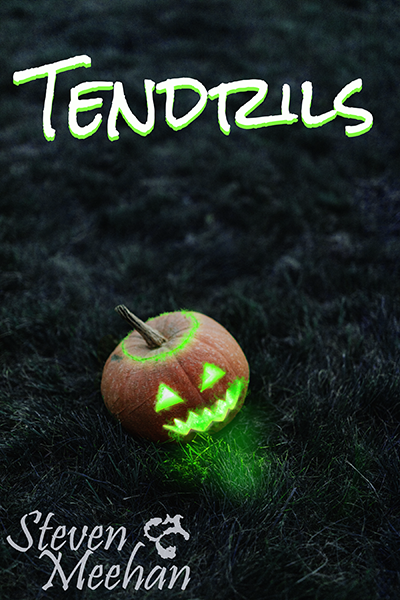 With Christine’s hand gripped tightly around Wayne’s, he pulled her alongside the fence line. When they reached a gap in the barrier, he freed his arm and expanded the opening. Once she strode through the hole, Wayne followed while keeping it open. When he released his grip, the wire snapped back into place and Wayne spun toward Christine.

She stepped forward, poking his chest. “Where are we?”

As Christine inched closer, the flog flowed across her face like a caressing hand. Her smile twisted while her fingernail dug into his skin. “It depends, but considering we went through a fence, tell me where we are.”

Wayne stepped away from her fingertip and caressed the spot. “We’re exploring old man Hornell’s fields.”

She whirled around as she clutched her shoulders. “Why are we traipsing about his farmland after midnight?”