With Weighing Pillage and Baited Duel written and published, I turned my attention to the last piece of exclusive flash fiction for my patrons, a mystery. When I pulled the results of the poll, I knew I wanted to lean into some of my dad’s stories from his time as an FBI field agent. The most memorable one came from his time when he served with the FBI’s internal investigations. One attorney who prosecuted those wayward agents came to my dad and asked him why those agents never had a bad thing to say about my dad.

While she never understood why nobody cursed my dad, he told me he never made his investigations personal. He never tried going beyond the investigation. Instead, he focused on discovering the truth. Ultimately, he treated these fallen agents with respect and, as a result, even though their lives were ruined and they hated everyone else, they had nothing bad to say about my dad.

Leveraging that story, I plucked my detective from Partners and separated him from his Benjamin to focus on a tale to honor my father’s memory, at least in a small way.

In the aftermath of a robbery, Marcus is pulled in to interrogate a material witness in an attempt to uncover the truth behind the heist…

So, pull up a chair and get comfortable while we watch Marcus search for the truth. 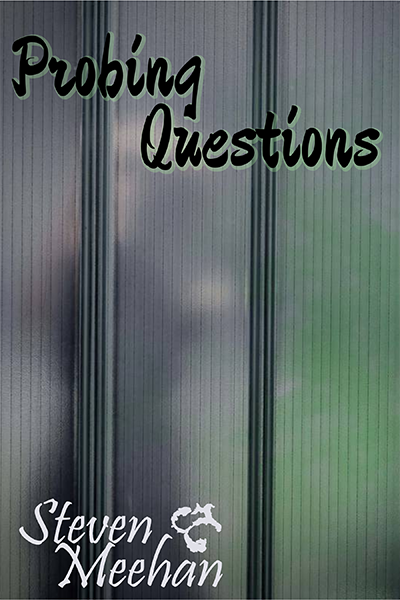 With a thick file tucked under his arm, Marcus opened the door. Instantly, his gaze locked onto the middle-aged man sulking behind the table. The detective slid into the open chair as he pulled the folder out, laid it between them, and lifted the cover. When it touched the metallic surface, Marcus’s index finger traversed the initial sheet and thumped the end of the line. Marcus sat up, crossing his legs, and folded his hands on his lap. “How are you doing, Mr. Wells?”

The sullen fellow slammed a fist on the table as he groaned. “Are you seriously asking that question, given the situation?”

Marcus nodded as he touched his lips with his index fingers. “I’m sorry that you’ve been inconvenienced, however, I have a few more details to go over.”

“You’re the fourth cop to march in here. What questions could you ask that haven’t already been raised?”

Marcus’s leg slid down as he hunched over the open folder. The rustling of the papers thundered in the tiny space as he rummaged through the file. After a few tense moments, Marcus’s irises inched up as he clicked his tongue. “Unfortunately, everyone sees the world differently. Sometimes what one person dismisses is crucial to somebody else. However, before we keep going, do you mind if I call you Jacob?”

The stocky individual rubbed his face as his chest swelled. “It’s my name.”